The Grizzly Growth of British Abattoirs • Farms Not Factories 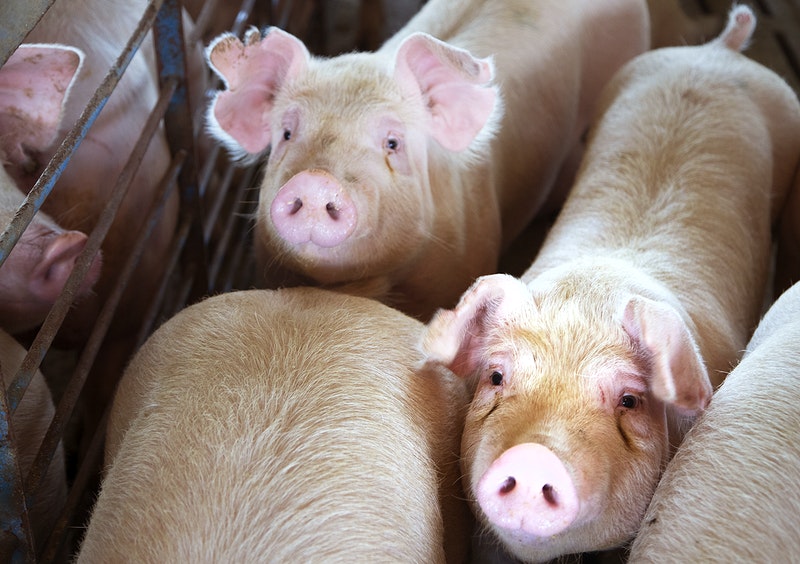 The Guardian recently published an article by Allegra McEvedy, giving an account of her experience at a British abattoir. McEvedy’s experience is of a local, medium-sized slaughterhouse, and whilst enlightening, it paints a picture that is contrary to the norm – in this blog post we look to shed some light on the true state of the Abattoir industry in Britain.

Abattoirs are an essential, but often forgotten, part of the supply chain in the farming of meat (over 8.5 million pigs were slaughtered in the UK in 2011 alone [1]), and have followed a similar narrative to farms in recent years, one of industrialisation, corporate takeover, and declining animal welfare. When we think about sustainable and responsible meat production, we have to think about the whole supply chain, including transport and abattoirs as well as farms, and apply similar concepts to those associated with farming – ideas such as scaling down to local, small-scale production, and improving the experience of the animal.

The slaughterhouse emerged as an institution in the 19th century, as part of the transition to industrialised agriculture and the use of supply chains and specialisation in production. The slaughter of animals was centralised and moved out of the public eye following concerns about public health and the moral dangers of visible slaughter [2]. The industrialisation of the slaughter of animals has meant that the animals passing through abattoirs are now viewed as units of production, removing their sentience in the eyes of workers as animals move through plants at meteoric speed, with up to 6000 animals being processed every day [3]. The desensitisation of some workers has meant that animal abuse is routinely carried out in many slaughterhouses, with Animal Aid documenting horrific cases of workers intentionally beating animals and dismembering them alive [4]. The relentless pace of conveyer belts also means that workers are not always able to properly stun or bleed animals, resulting in animals sometimes being butchered whilst still conscious [5]. 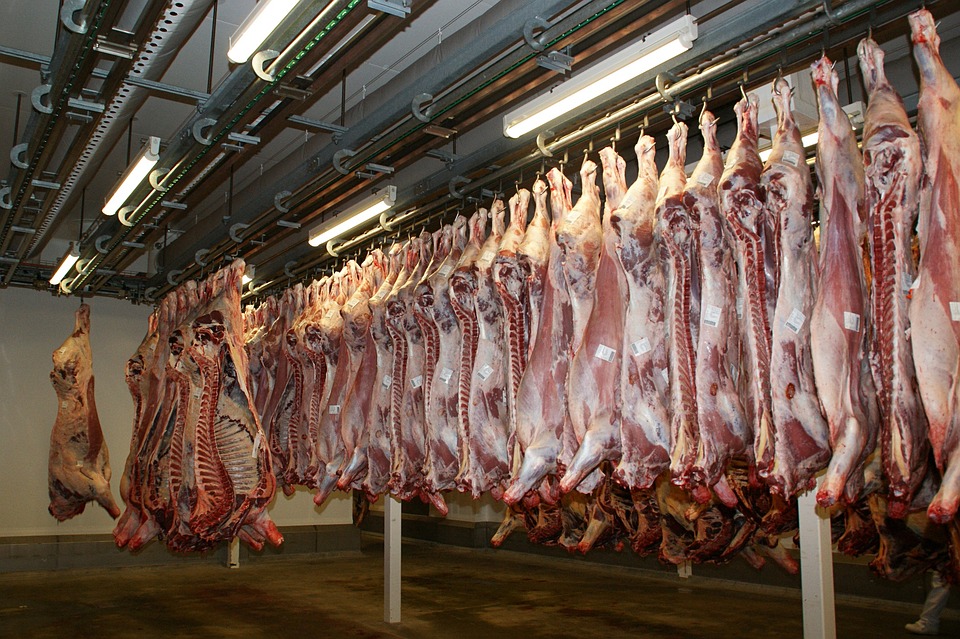 As meat consumption has increased, and smaller farms have declined, replaced by large, intensive ones, abattoirs have followed suit, becoming absorbed into large-scale operations; mechanised and running like production lines [6]. This has meant that the abattoir sector has become more concentrated, with the 10 largest companies slaughtering pigs accounting for 53% of the total trade – the total number of operational abattoirs in Great Britain fell to just 285 in 2006, meaning that an average of 21 plants are closing every year [6]. This is largely due to the prohibitively expensive costs imposed by the EU, which saw one medium-sized Durham abattoir’s inspection costs rise from £44,000 in 1995 to £110,000 in 1999, affecting smaller abattoirs in particular, with their costs rising by up to 500% [7]. It is therefore much more economically viable for large abattoirs to stay in business, and with fewer smaller abattoirs, animals must be transported increasingly long distances to centralised locations to be slaughtered. Another factor affecting the closure of small, local abattoirs is that corporations producing meat want to keep their costs to an absolute minimum, thus using the cheapest slaughterhouses available, which are rarely local and rarely small [8].

The closure of local abattoirs has knock-on effects on the farms producing the meat, particularly smaller farms that are less able to deal with the increased costs of transporting meat over large distances. The stress associated with these long journeys, which comes from not being fed and being enclosed in small spaces, taints the meat, undoing the hard work of free range and organic producers in producing high quality meat [9]. There are also implications for rural communities; for whom such industries provide essential employment and investment [8]. In other words the abattoir industry needs the same treatment as the agricultural industry, a scaling down to smaller, local facilities that are more transparent, reducing the costs and providing more choices for small farms and revitalising rural communities.

[2] Fitzgerald, A. (2010) A Social History of the Slaughterhouse: From Inception to Contemporary Implications, Research in Human Ecology, 17(1): 58-69

[3] The Guardian (2014) My visit to the slaughterhouse: crossing the line between life and meat

[6] Agricultural and Horticultural Development Board (2008) The Future of Abattoirs

[9] The Scottish Farmer (2012) If you want high animal welfare, you need local abattoirs