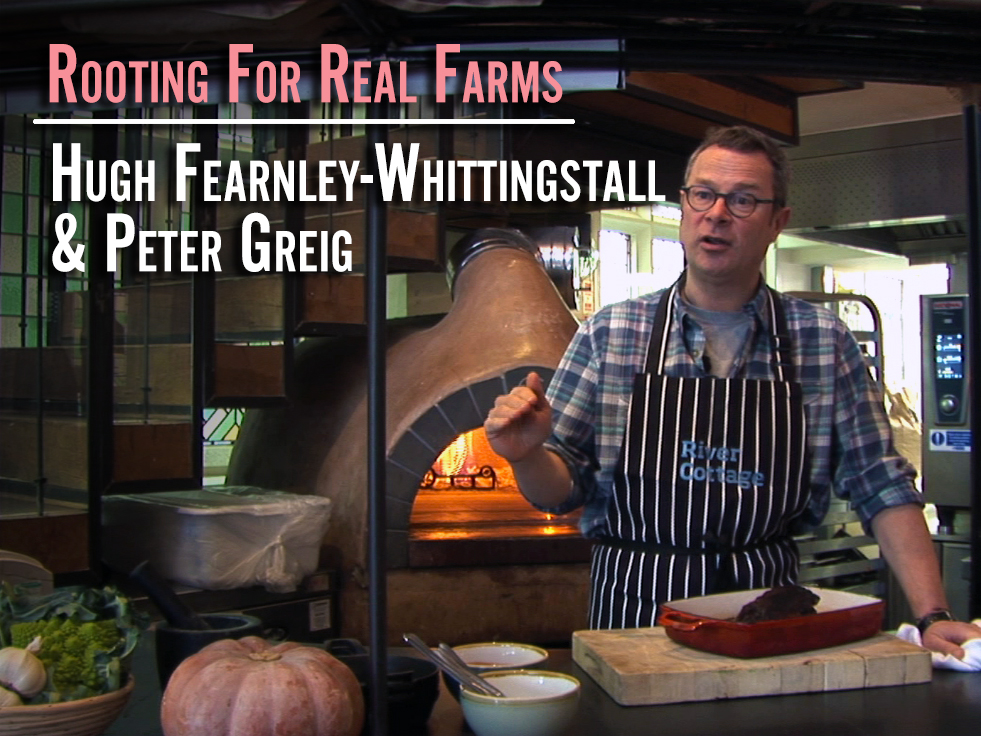 ‘I want to eat pork from pigs that have been reared outdoors, free to enjoy the rooting, snuffling and social interaction that are so essential to them. In fact, that’s the only pork I’m prepared to eat,’ this is what Hugh Fearnley-Whittingstall told us as we filmed him putting a slow-cooked shoulder of pork ‘Donny Brasco’ into the wood-fired oven. The dish epitomises Hugh’s commitment to humane and healthy outdoor pig farming where pigs are free to roam, run, root and play.

‘The French have a word for meat like this “a la cuillère”. They do it with shoulders of lamb in the old bread ovens, as people go to their long Catholic services in the French countryside they drop their shoulders of lamb off at the bakers, whose ovens are cooling after looking after all the bread, and they’ll each have their different pots and casseroles with their different herbs and spices and they’ll put them into a cooling bread oven for four or five hours on a Sunday morning. And the resulting meat is so tender it’s called “a la cuillère” because you can actually break it up with a couple of spoons.’ 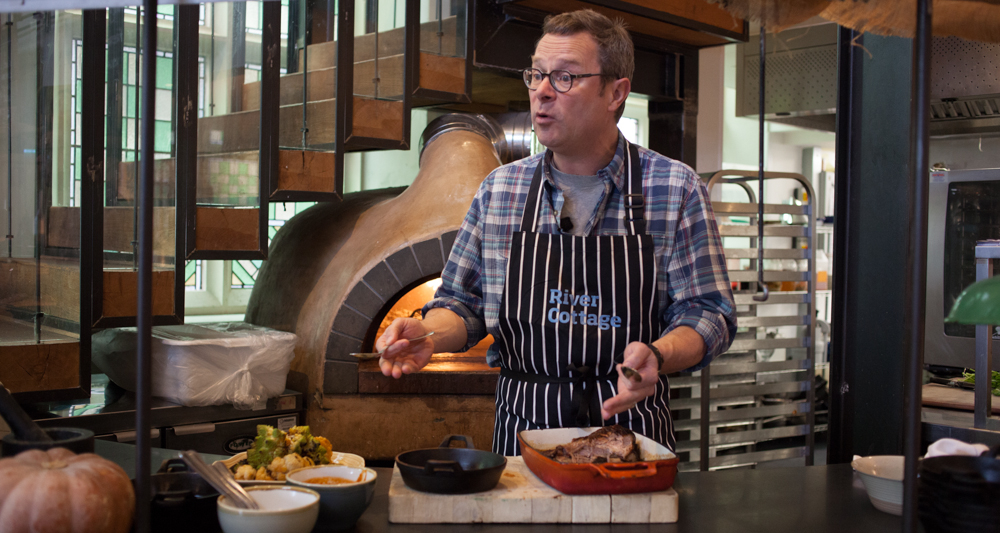 Peter Greig, who supplies Hugh with pork from outdoor pigs from his network of 20 farms in Devon, says: ‘What Hugh will be looking for in amazing meat is texture. As the building block for eating, texture is needed and for that you need an animal to grow slowly and reach natural maturity. Bring on the Wessex saddleback, the perfect way of doing that, and the contrast of doing that and the industrial way of growing meat could not be more enormous. They’re called the same, they’re both called pigs but frankly that’s the only connection between the two.’ 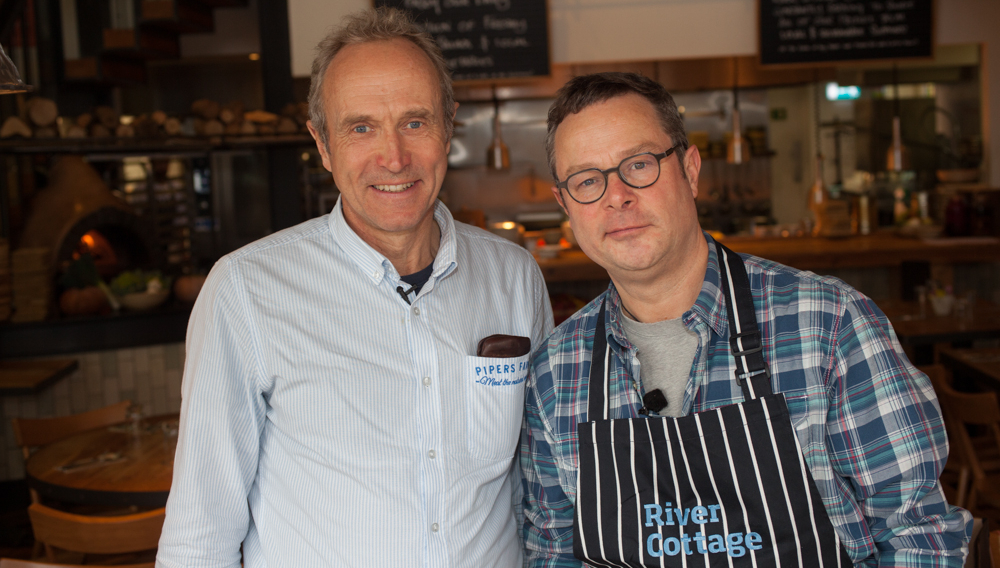 Peter’s vision is the survival of the old Devon family farms where pigs can root and graze on wild, diverse grassland, the kind of land that Wessex Saddlebacks love best and thrive on. Presently 20 farmers, who comply with Peter’s high animal welfare standards and share his values, deliver their pork carcasses to him to be chopped and frozen. His clients are not only chefs like Hugh but also customers who order large quantities of chosen cuts that are boxed and sent all over the UK.

‘The reason these good old family farms in Devon use to love eating their saddleback pork is because when you come to roast it, the fat has the most wonderful narcotic qualities. It has a soft melting texture, that’s why those guys, 50-100 years ago, sat down at their kitchen tables and said ‘farming’s alright, we work ridiculous hours, the weather can be awful, it’s a tough life but sit around the farmhouse kitchen table and we love what we’re producing.

‘Good on Hugh, that’s what he wants us to do, to transport into his restaurants some of that farmhouse magic.’