A Time for Enlightenment • Farms Not Factories

The Oxford Real Farming Conference started today (with the option to listen in your own time) with amazing speakers from all over the world discussing agro-ecological farming practices and local solutions to our broken food economy. Some of our top picks of speakers include Patrick Holden from the Sustainable Food Trust who will be promoting a network of small abattoirs and Helena Norberg-Hodge, describing the shift from a global to a local food economy – as featured in her shocking short video Insane Trade.

Concurrently there are a number of dietary related campaigns going on this January. The #Veganuary movement encourages people to eat only vegan food during January. Another campaign, ‘Regenuary’ promotes less but better meat i.e. ‘sourcing as much food as possible from regenerative agriculture’. Both of these campaigns arise from citizens’ desire to see the end of factory farms with their inevitable animal cruelty, disease, antibiotic overuse and pollution.

A third campaign, ‘We Eat Balanced‘, created by the AHDB (Agriculture and Horticulture Development Board, with a lobbying budget of £56 million) promotes the meat industry with misleading images of animals outside in green fields, deliberately hiding the inconvenient truth that AHDB facilitates and promotes industrial meat and dairy from factory farms. So, when AHDB say that eating meat and dairy is not bad for the environment, they are ignoring the numerous publications from the Intergovernmental Panel on Climate Change that prove that reducing red meat and dairy in your diet is the single most effective way to reduce your impact on the environment and lower your carbon footprint.

Make informed choices this January, and all year round! Beware of the source of information and motivations behind it. Although Well-informed-uary doesn’t quite have the same ring to it!

Another reason to remain sceptical of food safety post a US trade deal is that the FDA have just confirmed that genetically modified (GM) pork is safe for human consumption. Walter Sánchez-Suárez, a veterinary scientist, and animal behaviour and welfare expert said, “this is another example of how sentient non-humans are systematically exploited in the US”. He also raised concerns that GM is now “merely employed to support the financial interests of animal production corporations”.

Farms Not Factories’ concern is that multinational companies are having ever more influence and control over what we eat. Though presently GM pork is only licenced for consumption by those with an allergic reaction to alpha-gal, a sugar found in pork, once the human consumption door is open the move towards mass sales is easy, inevitable and the potential damage irreversible. A spokesperson for the US not-for-profit Center for Food Safety said, “My greatest concern is that we don’t know if this is safe to eat, or as an organ transplant source, and no scientists, nor the public, have seen the data. Nor was there any FDA public consultation process, as there normally would be.”

☣️ Should we be editing genes or editing the system?

Not a week out of the EU, and the UK government has opened a consultation about legalising gene editing which, together with GMOs, is prohibited under strict EU law. You can respond to this consultation here. At Farms Not Factories we are again concerned about the corporate ownership of this new genetic technology, and that the motivation to legalise it is driven by companies wanting to make money on new patents, motivations which are hidden behind claims that it would improve disease resistance in crops and make animals healthier and stronger. They will use the technology to treat the symptoms of poor crop development and poor animal husbandry rather than treating the real causes i.e. chemical intensive monocultures and factory farming.

Peter Stevenson, chief policy adviser at Compassion in World Farming, is concerned that breeding animals resistant to disease is just a way to enable farmers to overstock. “This is pushing us down the industrial farming route,” he warned.

The promise that gene editing ‘may resist dangerous diseases like African Swine Fever in pigs and Avian Influenza in chickens’ is wishful thinking. The only way to stop these diseases is to keep our traditional hardy breeds in healthy conditions where they can express their natural behaviour and thereby reduce stress and disease.

The appearance of African Swine Fever in wild boars and pig farms across the world and most recently in wild boar in Germany last September, is a warning that producing ‘cheap’ meat is a race to the bottom with pigs kept in overcrowded, unhealthy and inhumane conditions, exposing huge numbers of immuno-compromised pigs to contagious diseases that can mutate and cause new human pandemics such as the 2009 Swine Flu.

As it stands,10 companies control 70% of what Brits eat, and lab-grown meat risks reinforcing multinational corporate interests in food supply chains. As a lack of public funding has resulted in lab grown meat coming from the private sector, Dr Alex Sexton, a research fellow at the University of Sheffield, said that this “could see the new technology consolidate corporate ownership of food systems”. Instead of lab meat, we should be treating the root cause of consumers turning away from animal cruelty in factory farming and encourage farmers to buy more food from high welfare regenerative farmers.

On 5 January Red Tractor Assurance opened a consultation asking industry stakeholders to respond to proposals for new standards that will take effect in November 2021.

Red Tractor say that their new standards for pigs will ‘mirror’ DEFRA’s Code of Recommendations for the Welfare of Pigs, which has higher welfare standards than the EU’s Directive that governs pig welfare in the EU.

Though this sounds encouraging, Red Tractor does not have a good record of enforcing their accredited farms to comply with even the minimum legal welfare standards. Although EU and UK law specifically bans routine tail docking and requires pigs to have access to manipulable material such as straw, many Red Tractor farms ignore these laws and illegally keep pigs on bare concrete slats and routinely cut off their tails to prevent rather than cure tail biting by improving their stressful conditions.

Please send this letter to Jim Moseley, CEO Red Tractor Assurance (matt.darragh@redtractor.org.uk), asking him to honour their promise to adopt the DEFRA Code that is a marked improvement on EU welfare standards. If Red Tractor genuinely adopts the DEFRA Code, it would bring their standards within reach of RSPCA Assured welfare standards. If the two schemes were to align, with a credible inspection regime, consumers would benefit from having to understand fewer labels with differing standards. 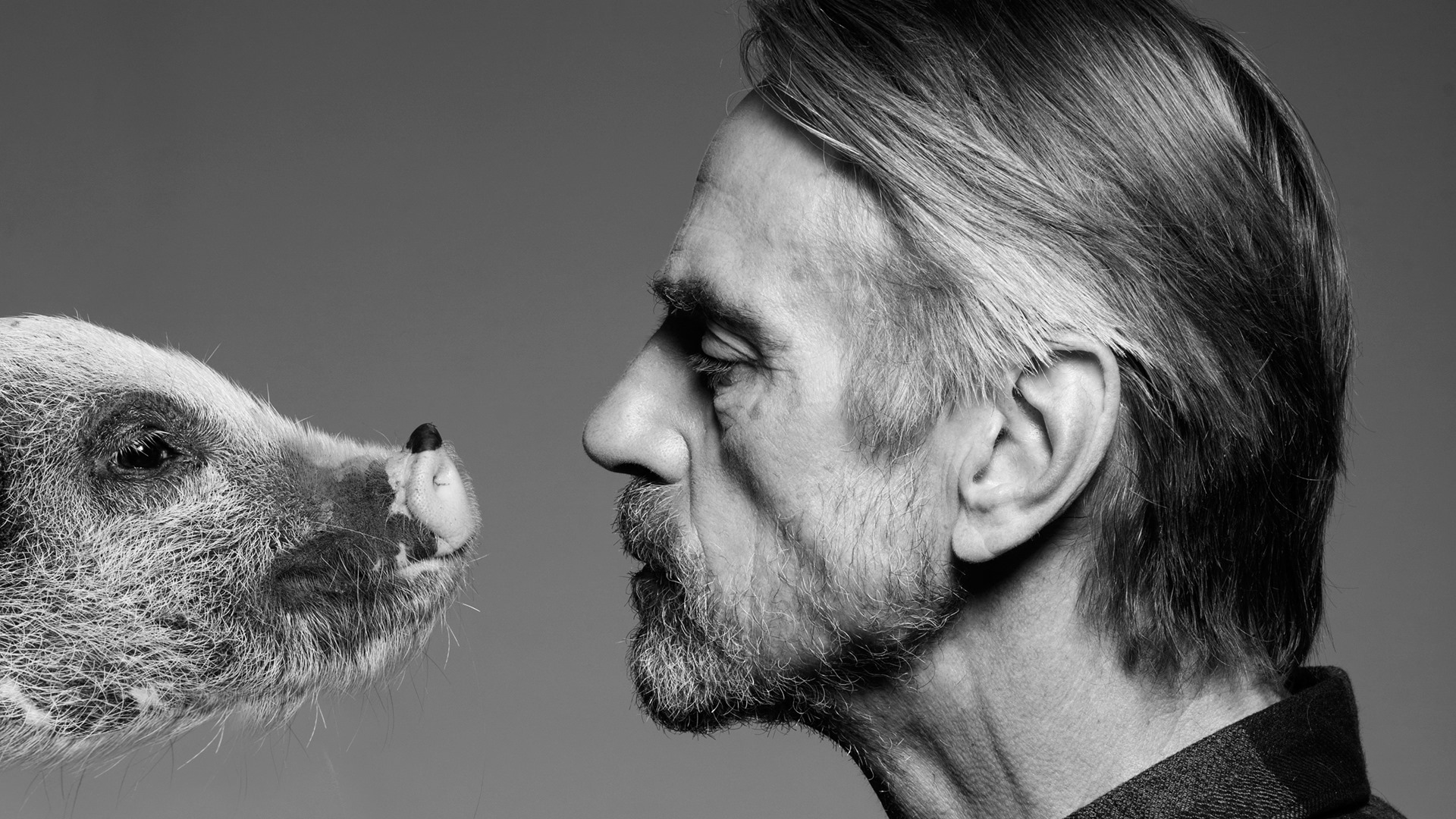 🐽 Pay a Bit More – For Humanity’s Sake Actor, Jeremy Irons says, “Only 1 out of every 5 pigs… Read More

Agri-business vs Small Farmers and their Animals

🐷 A Pig’s Life – Farrowing Crates In factory farms, while feeding their piglets, mother pigs are crushed into steel… Read More

🐷 A Pig’s Life; Part Two This week’s instalment of A Pig’s Life – a series of oil paintings and… Read More