Mark Hix’s quest for traditional British farm produce led him to Peter Gott’s stall in Borough Market where he was introduced to pork from Peter’s wild boar who spend their lives rooting and grubbing in mixed woodland above the farmhouse. The taste was a revelation, and Peter has been supplying Mark’s expanding chain of restaurants for the past fifteen years.

Peter remembers, “I was approached one day by this wacky chef Mark Hix,  and he liked some of my product, but he wanted it slightly tweaking, he wanted a black pudding that was probably a bit more like the Spanish but without the chillies. He knows that my provenance, my lifestyle for my animals gives him a quality product.”

We started our filming in the kitchen/ library at Mark Hix’s Tramshed Restaurant one Monday morning when he challenged the assembled chefs, gathered from his restaurant chain, to create new pork dishes for menus for the weeks ahead. By the end of the session there were delicious dishes from every part of the pig, including trotters, brain, liver and stomach, normally classed as offal and thrown away or made into pet food.

There was much praise from the Hix chefs for the taste and texture of Peter’s wild boar who stay with their mothers until they are 4 months old, contrasting with 21 days in a factory farm, and mature at 12 months, more than double the age of a factory pig. Mark was holding up a wild boar leg that he was preparing to dissect, “The difference in flavour in a boar and in a normal pig, is that it’s very gamey. The younger animals like this have a flavour somewhere between a lamb and a pig….from their feeding habits in the woods, with wild herbs and digging stuff up from the ground.”

A few weeks later in the early autumn we found Peter at his stall in Kendall Market where he was offering samples of spicy scotch eggs filled with wild boar black pudding, and doing a brisk trade in fresh pork cuts, sausages, pork pies, black pudding and bacon. As a second generation producer, he is a firm believer in the Slow Food movement that promotes the cultural diversity of local artisan produce that provides so many distinctive regional products around the world.

When the market closed he took us to the wood above his farmhouse where we met, or rather stayed clear of Sid, a huge silverback boar with ferocious looking tusks who had sired several litters of piglets that were already turning over dead branches and stones in their search for the wide variety of roots and grubs that give such strong and complex flavour to their meat.

Mark says, “Quite often intensively reared pork doesn’t taste of an awful lot really. Its not until you get into the proper free range pork, they’ve got lots of land to roam around in, those are the ones that are quite tasty. Luckily in the UK now we see much more of that kind of pig.”

That’s something we should  be aware of and appreciate. In the UK 40% of the sows are outside all their lives, contrasting with 5% in Germany and 2% in Denmark. In the USA outdoor pig farming is almost extinct, so that Chipotle, a US fast food chain specialising in high welfare and ethical produce, has to source its high welfare pork from UK farms. 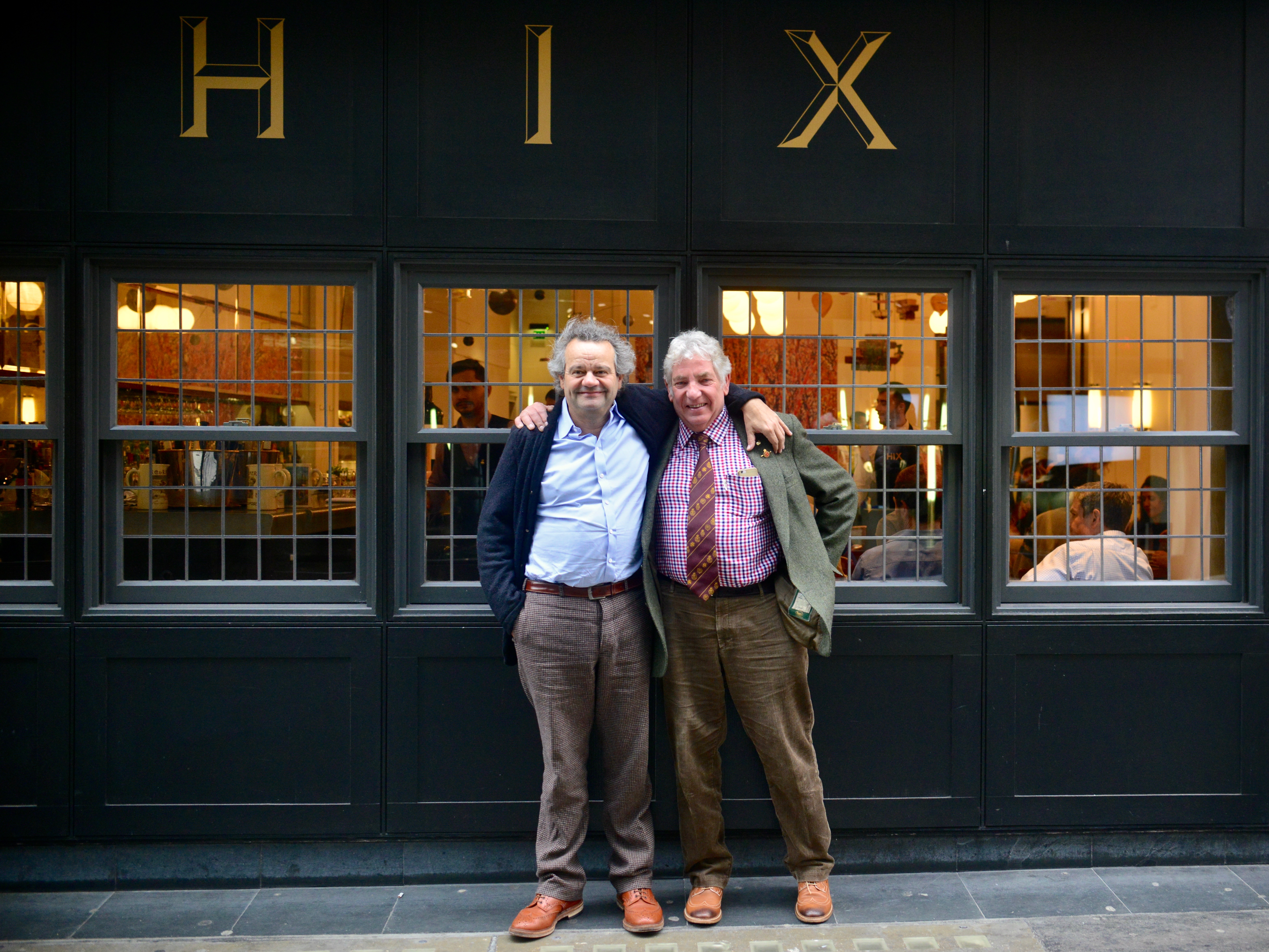 The menu at Hix’s restaurants will specify Peter’s Sillfield Farm, so that anybody who is curious can check out the exact provenance of the dish. Mark says, “Peter will know that this morning we are cutting up one of his wild boar, and he will know that it will end up on the menu in a certain restaurant. If you talk to a lot of farmers they would not know which restaurant their meats going to end up in. If you can trace from the minute you’ve bred, killed the animal to where it’s ended up, that’s lovely for the farmer. A lot of farmers small scale like Peter are not very money-motivated, they have much more pleasure in knowing that, sitting down with me and having lunch in one of the restaurants and eating from great products like this, that’s where their heart lies….”