Brilliant news! The High Court in New Zealand has ruled that the use of sow farrowing crates is unlawful, and must be banned. Farrowing crates are steel cages so narrow that the mother pig can’t turn around for 5 weeks while feeding her piglets. This is an extension to New Zealand’s ban on the equally cramped gestation crates, where the pregnant mother pig is trapped for the entire 16 weeks of her pregnancy. The New Zealand court accepted the animal welfare campaigners’ claim that farrowing crates would not be in agreement with the country’s Animal Welfare Act as they prevent pigs from being able to display normal patterns of behaviour, one of Five-Freedoms that underpin their animal welfare laws.

The farrowing crate is supposedly used to prevent the mother pig accidentally squashing her piglets and yet there is little difference in piglet death rate if she is loose housed. The real reason is that keeping pigs in narrow steel cages saves labour costs.

New Zealand’s farrowing crate ban will put their farmers at the same competitive disadvantage with cheap imports as British pig farmers suffered when we banned gestation crates in 2003. While the EU kept the cheaper system of crates until 2013, their cheaper pork flooded into the UK which led to a 50% reduction of our breeding sows. We must keep up the pressure in Europe to follow NZ’s lead and ban the farrowing crate. Compassion in World Farming mobilised over 1.5 million people across the continent to sign a European Citizens Initiative (ECI), calling on the European Commission to ban all cages for EU farm animals. We must all sign it.

Leaving the EU puts UK pig farmers in competition with US and other countries whose pork is cheaper than the UK’s, not least because of their lower animal welfare standards which allow both gestation and farrowing crates. As the US wants unfettered access to the UK market, a coalition of 60 NGOs demanded an amendment in the new UK Agriculture Bill that would ban imports of food produced to lower standards than those demanded of UK farmers in terms of food safety, animal welfare and environmental protection. Without protection our farmers will be unable to compete with substandard imports unless we also lower our standards – fat chance of us improving them in this dog eat dog global competition for cheap meat. This is precisely why a Labour MP failed in his attempt to add an amendment to the Agriculture Bill to ban the use of farrowing crates – Tory former Defra Minister Robert Goodwill said; “My concern is that, were we to act unilaterally through legislation, we could end up having more pigs coming into the country as imports.”

Even when laws are introduced, the fear of competition from imports from countries where they are not complied with, means they are rarely enforced. For example, in 1994 the EU banned routine tail docking, a practice which is only necessary because overcrowded and stressed pigs bite each other’s tails. The law says farmers must prevent tail biting by reducing stocking density and providing manipulable material such as straw, allowing pigs to engage in natural behaviour. However in the UK and most EU countries the law is not enforced and 35-86% of pigs’ tails are routinely docked.

Last week, the Northern Ireland Green Party proposed a motion to have a review of every planning permission for ammonia-emitting projects within 7·5 kilometres of a Natura 2000 site; a moratorium on planning approvals for all ammonia-emitting projects, and the production by the Department for Infrastructure of a report on whether or not Northern Ireland has complied with Article 6 of the Habitats Directive.The reason for its failure was explained by several Stormont politicians including William Irwin MLA, “We are in a global market for food. We cannot continue to push the idea that we can put significant and costly restraints on any industry in Northern Ireland while ignoring the fact that obvious increases in production costs (safely disposing of excessive quantities of animal waste) would make goods more expensive. That would all be unravelled by the importation of goods from countries with vastly inferior standards around emissions and food safety.”

To understand who wins in this corporation-dominated global economy, a recent study ‘Uneven Ground‘, based on 17 new research papers as well as analysis of existing data and literature, found that across the world control over the land has become far more concentrated. Over the past four decades, the biggest shift from small to big, was in the United States and Europe, where ownership is in ever fewer hands, and even individual farmers work under strict contracts for giant retailers, trading conglomerates and investment funds. Worldwide, between 80% and 90% of farms are family or smallholder-owned but they cover only a small and shrinking part of the land and commercial production. As the report says; “Smallholder farmers, family farmers, indigenous people and small communities are much more cautious with use of land. It’s not just about return on investment; it’s about culture, identity and leaving something for the next generation. They take much more care and in the long run, they produce more per unit area and destroy less.”

A practical way to stop the growth of factory farms in the UK, is to help local people in their battle to save their neighbourhoods from a nearby animal factory gaining planning permission like one proposed near Doncaster. You can also redirect your custom and only buy meat from high welfare pig farms like Slade Farm Organics. See our Pork Directory for a pig farm near you.

? Taiwan Against US Ractopamine Pork

The UK government has promised that the recently-formed Trade and Agriculture Commission will ensure that our food standards won’t be undermined by trade deals that allow cheap substandard imports into the UK. However, most of the Commission members represent industry bodies such as the Food and Drink Federation, and there is no-one to represent agro-ecology, small producers or sustainable food production. If we see cheap substandard food imports undermining our farmers, we must not only lobby our government and not ever buy it, but also take to the streets in similar mass demonstrations as in Taiwan where thousands of people took to Taipei’s streets on Sunday for the annual “Autumn Struggle” protest march organised by labour groups, with much of the anger focused on the government’s decision to ease restrictions on imports of US pork containing ractopamine, an additive that enhances leanness, but is banned in the EU and China along with US beef more than 30 months old. 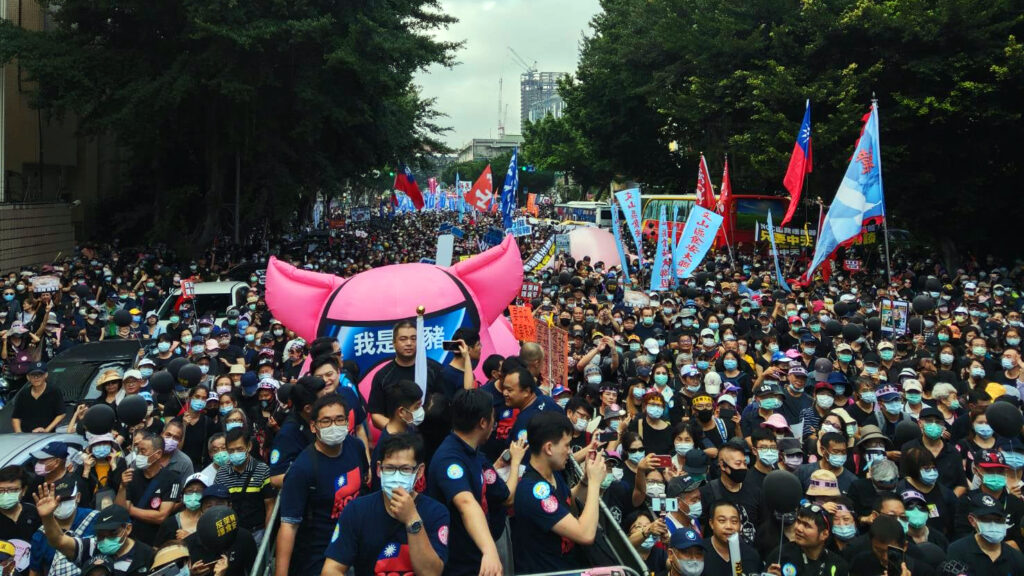 Finally some articles/reports expose how so called ‘free’ trade is in fact subsidised by philanthrocapitalists, aid agencies and governments to facilitate a centralised global food economy to profit a few giant and powerful corporations that the philanthrocapitalists have invested in – tax-free. As The Nation article explains; 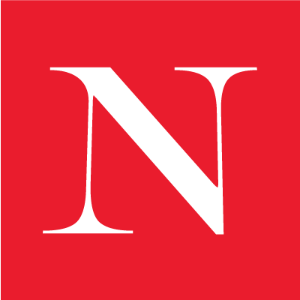 “The Gates Foundation’s investments are not an insignificant part of its charitable efforts. Its $50 billion endowment has generated $28.5 billion in investment income over the last five years. During the same period, the foundation has given away only $23.5 billion in charitable grants.”

The article by Tyler Durden, describes the ‘great re-set‘ that is being promoted through the media in preparation for the World Economic Forum in Davos in January 2020. Tyler writes; 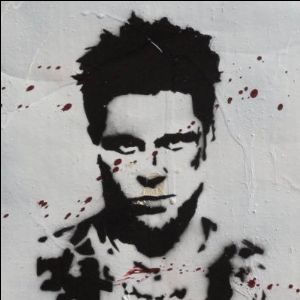 “The billionaire class who are pushing this agenda think they can own nature and all humans, and can control both, whether through geoengineering the atmosphere, for example, genetically modifying soil microbes or doing a better job than nature by producing bio-synthesised fake food in a lab’ and ‘the great reset includes farmerless farms being manned by driverless machines, monitored by drones and doused with chemicals to produce commodity crops from patented GM seeds for industrial ‘biomatter’ to be processed and constituted into something resembling food. What will happen to the farmers?”

The report; Gates to a Global Empire, by 20 authors from across the world, describes how; 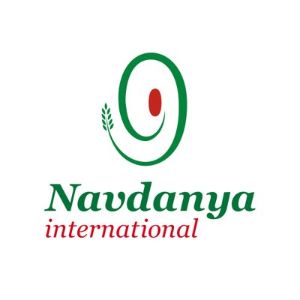 “Once one pierces through the thick PR fog, a pattern starts to emerge of ruthless consolidation of the development agenda and programme. A development strategy reliant on an aggressively imposed consensus through direct influence over all actors of the global development juggernaut- including international institutions, university and international science and research centers, private corporations, and states – and the mentality that any problem can (and should only) be solved through technology, innovation, engineering, and the rules of the private market. This applies for all areas touched on by the Bill and Melinda Gates Foundation, from areas such as food and agriculture, to health, climate change, education, and the media.”

The last report, The Recolonisation Of Agriculture, describes how part of Gates’ $117 billion fortune is being poured into the Gates Ag One project; 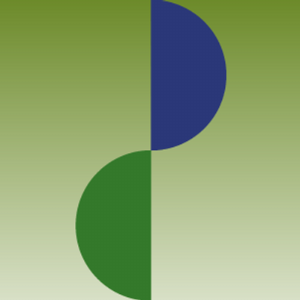 “By looking to the outcomes of AGRA (Alliance for a Green Revolution in Africa) we can start to see a repeating pattern with all these strategic alliances in the launching of Ag One. Through the Gates Foundation’s promotion of chemical and genetically modified inputs, they have worked to open up previously isolated or hard to reach markets in Africa, South Asia and Latin America for the benefit of private corporations, as these patented agricultural technologies and investments are very clearly made to derive profits…”

The true cost of Gates Ag One will be the same as the first Green Revolution and its unprecedented global ecological, social, economic and cultural problems, including human health, ecological destruction, malnutrition, poverty, migration, conflict and the spread of zoonotic diseases like Covid-19.

Warning! On 10 November Boris Johnson met with Bill Gates and ‘the heads of ten life sciences and pharmaceutical corporations’. If this is who is guiding Johnson’s policies on global health’, I fear he will likely support Gates’ Great Re-set along with Big Ag and global food giants, who all share ideological interest in free markets that require industry-friendly government policies and regulation to sell their toxic food into the UK.