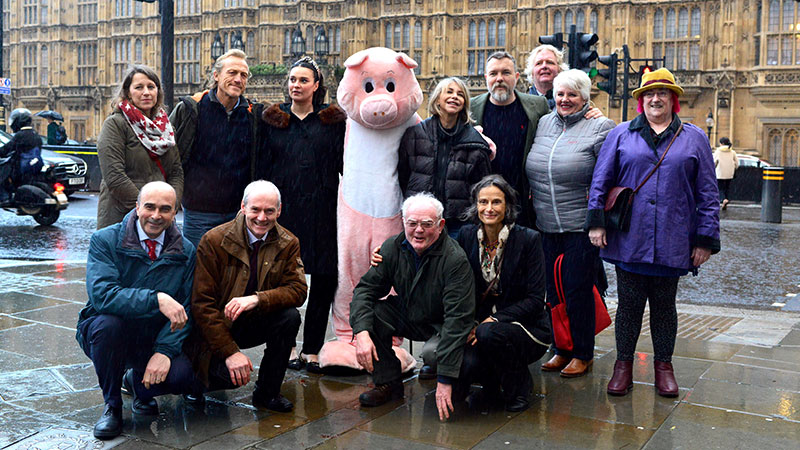 A public outcry has currently stalled the planning application for a colossal pig factory near Limavady in the picturesque landscape of Lough Foyle. Over 17,500 people objected or petitioned the Council.

Local residents object because of the stench that would come from 18,000 pigs living in confined spaces, the antibiotic resistant bacteria, resulting from the constant antibiotics needed to keep the pigs alive in insufferable conditions, that spread from the sheds to neighbouring residents, and the toxic emissions created by 66,000 tons of additional pig waste spread on surrounding fields as liquid slurry.

Through the screening of our new documentary Pig Business in Northern Ireland and a subsequent panelist discussion, our aim was to inform regulators about the current sorry state of the pig industry. We also wanted to alert investors to the significant material impacts that investments in factory farming could have on the value of their portfolios due to the potential legislation to mitigate impacts of climate change, antimicrobial resistance and pollution from excess nitrogen. 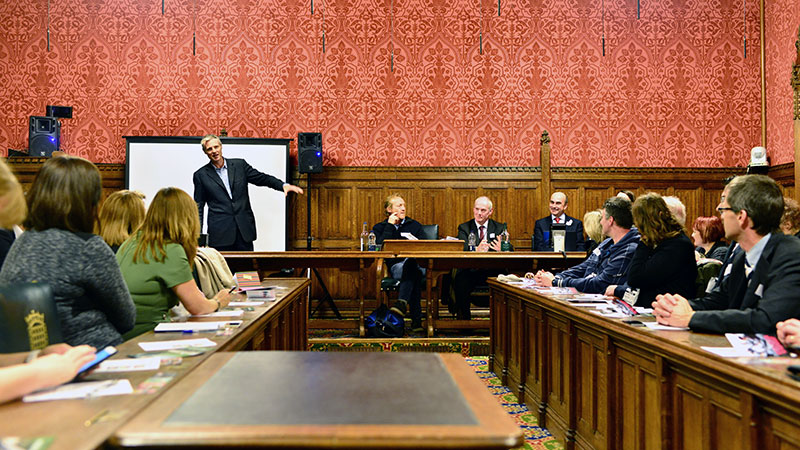 Zac Goldsmith MP kick started the event after discussing the impact of Brexit and the cost of factory farms to both humans and animals, whilst Game of Thrones actor Jerome Flynn moderated our panelist discussion by Vincent Lusby (Stop the Limavady Pig Factory Campaign), Philip Lymbery (Compassion in World Farming) and Rosie Wardle (FAIRR)

Quotes from the attendees:

Zac Goldsmith MP: “We wouldn’t allow cars into this country that don’t meet our own car safety standards, so why on earth would we allow meat in that doesn’t fit our animal welfare and environmental standards?”

Kerry McCarthy MP: “Cheap food comes at a price … do we really want that being sold in this country?”

Vincent Lusby: “The whole of Lough Neagh is protected. Lough Neagh is the largest freshwater body in the British Isles. It has failed Water Framework quality standards for 10 years in a row. There are four levels of failure and it’s the worst. It’s basically a septic tank for Northern Ireland”.

Paul Girvan DUP: “It is frightening. We are on the verge of a precipice in relation to food production and its impact on our environment.”

Rosie Wardle: “The global animal protein industry is worth an estimated $1 trillion dollars and 70% of global production is intensively farmed. Risks to public health and the environment are becoming more and more scrutinised and could render these investments unviable in the coming years”

“60% of all mammals on earth are now livestock; humans are 36% of all mammals and only 4% are wild animals…farmed animals are starting to dominate the planet. This is clearly now happening in Northern Ireland and [creating farmland] is one of the biggest drivers of the destruction of natural habitats”

“The availability of cheap meat is driving over-consumption, which is causing serious increases in chronic diseases including obesity and cancer, with a direct cost to the global economy.”

Jerome Flynn: “I am deeply concerned and upset about factory farming from every angle, the risk it poses to biodiversity, water quality, our health and […] the quality of life being lived by the unfortunate animals being farmed.”

“The banning of all new factory farms, and the winding down or transformation of existing ones surely is the only sane, ethical and responsible action for us to take.”

Jerome Flynn also took the time to speak to us after the event. Please watch & share his powerful message:

Leslie Ash: [On the antibiotics that are force fed to pigs] “As we leave Europe we should be supporting our small local farmers and be aware of what we are feeding our children and be sure we aren’t damaging their immune systems for their future.”

Gizzi Erskine: “I worry for our ethical and sustainable farmers and producers’ futures if we keep supporting the darker side of this industry.”

We need to STOP these pig factories from being built! Take action today: 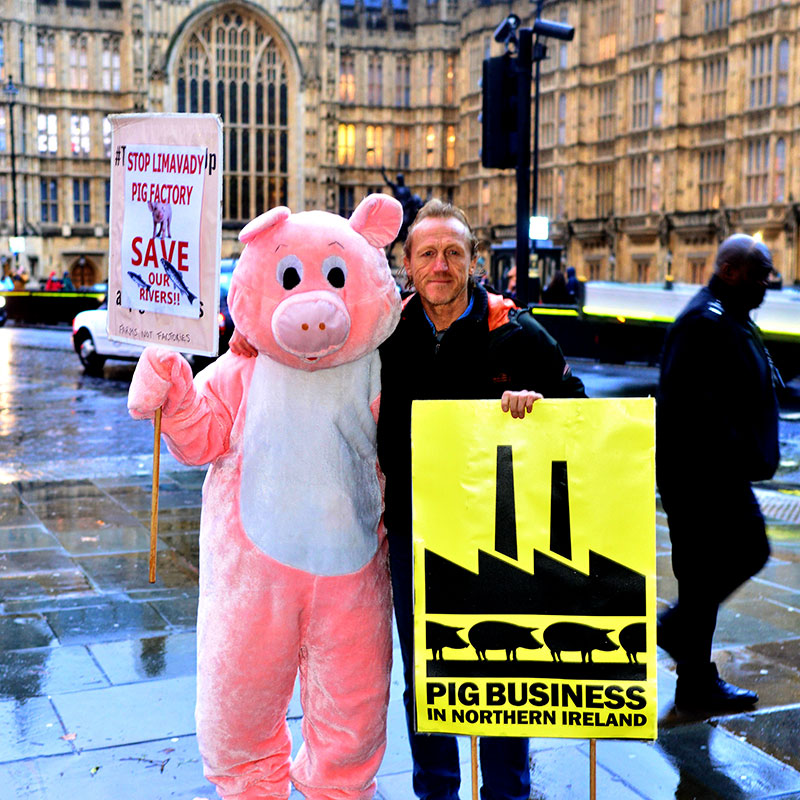