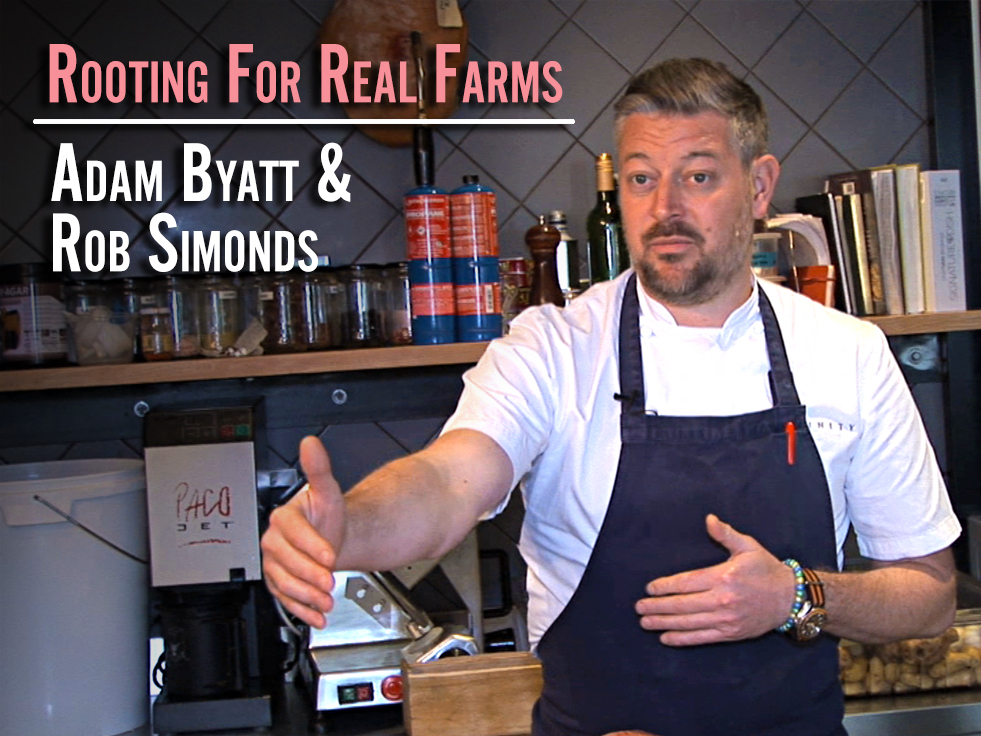 Adam Byatt’s Trinity restaurant has, among many other rewards, a Michelin star and has been described in the Times as “as close to an absolutely perfect experience of eating out as it is possible to have”. His training started early as his grandfather was an army cook and at 16 he won an apprentice scholarship at Claridges Hotel. In his unconventional cuts for inspired, original dishes, he pushes the boundaries of taste and texture by exploiting the richness of pork from slow-reared, outdoor raised pigs.

‘We try to use all the parts of the animal, not just the premium loins, we use the trotters, the head, the ears, the onglet inside, the belly, the offal – the whole thing.’

On the day we came to film, the dish was pig’s cheek.

‘Our pigs’ heads come direct from the farm and this one has been dry salted for four days. It then gets washed and steamed overnight at 100 degrees so it’s now really soft and supple from being cooked all the way through.’

Under Adam’s ownership Trinity has become famous for seasonal, imaginative food with perfectly balanced colours and taste. In this case the fattiness of the pig’s cheek and tiny slither of meat has been offset with sweet and sour flavours from unexpected ingredients. 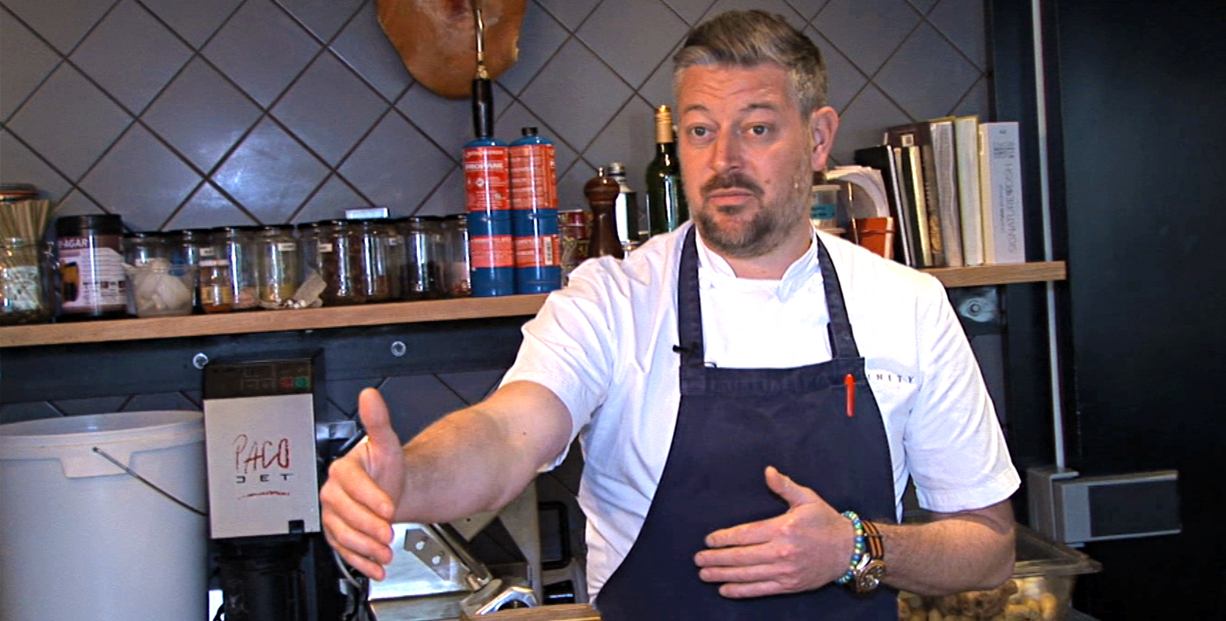 Adam in his kitchen at Trinity Upstairs

‘We serve the pork on a warm plate with puree of carrots and star anise with a little bit of spice. Because it is the season, we use blood orange and a little tart of sweet and sour endives, which you need to balance the fat in the pork .’

There is absolutely no way you could achieve this result, without using the best quality pork. As Adam says, ‘it’s all down to the way the pig has been raised, how much time spent rooting and foraging outdoors, socialising and running free across the fields.’

Because Rob and farmers like him are threatened by cheaper pork from intensive factory farms from the UK and abroad, ever more farmers are forced to get big or get out of the industry. By intensifying production, pigs are crammed into barren pens and dosed with antibiotics to keep them alive in stressful, unhealthy and overcrowded conditions. As Rob says, it’s up to consumers as well as famous chefs like Adam Byatt, to support him by paying a bit more for high welfare and therefor better tasting pork.

Rob with his pigs at Scotts Field Pork

‘Compared to commercial pigs, we grow ours very very slowly to get the texture and flavour of the pork is absolutely fantastic. We know that the pigs have had a great life and it’s important to keep our rare breeds otherwise they will cease to exist – they will just become zoo animals.’

To buy pork from farms like Rob’s not only supports rare breed pigs raised in a traditional, healthy and humane way, but whole communities. ‘If you support me, you are supporting a great number of local businesses and are keeping money in the local economy.’ To spread the extra cost perhaps buy less but better quality meat.

‘I want the UK consumer to support the high welfare pig farming that we have in this country, so I turn my nose up at imported, intensive pork.’