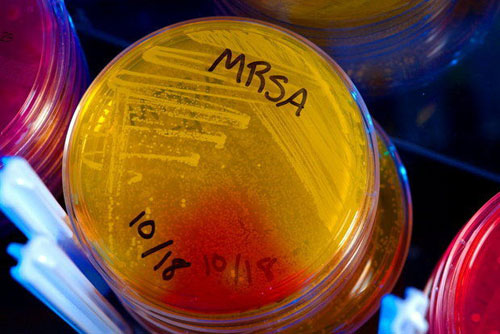 In order to maximise efficiency and keep costs down, animal factories overcrowd livestock in steel pens, often on bare concrete floors with no bedding. The resulting stress suffered by the animals means they are vulnerable to  illnesses which spread quickly through the densely packed sheds. Because of this, antibiotics are routinely administered in quantities that have caused bacteria to become resistant to them. The overuse of antibiotics  (approximately 30% of all antibiotics used in the UK are given to pigs in factory farms) is leading to more and more diseases becoming resistant. Dame Sally Davies, Chief Medical Officer for England, has said that we are facing an age when antibiotics will not work, and simple operations will be too dangerous to undertake.[1]

The faster-growing breeds of livestock used by corporate farms, and the stress associated with intensive, indoor, large scale production leads to an increased risk of livestock contracting  infections [2].  This means that they are routinely given antibiotics to prevent disease, bolster their weakened immune system and boost profits. The problem worsens as the intensive meat industry grows. Across the world on average half of all the antibiotics used are dispensed to livestock, but in the USA, where it is still legal to administer antibiotics as growth promoters, 74% of all antibiotics are used for livestock and poultry, and only 26% for human medical use [3]. Around 80-90% of all antibiotics used for humans and animals are not fully digested or broken down, leaving them to pass through the body and enter the environment intact via waste effluent [1]. Once in the water, bacteria can develop resistance through exposure, and these drugs could enter into the human body through consumption [4].

Overuse of antibiotics has caused the emergence of drug-resistant diseases such as the new pig strain of MRSA (Methicillin-resistant S. aureus) and E. coli, which can cause humans serious illness and fatalities [5]. The transfer  of the pig strain of MRSA  to humans is a worldwide threat, and in the Netherlands it accounts for around 39% of human cases of MRSA [5]. An American study suggests people living near an MRSA-positive intensive pig farm may also be exposed to high concentrations of MRSA in the air and are thus more likely to become MRSA-positive. Significantly S. aureus was the organism most frequently found in samples taken from pig sheds, accounting for 76% of the organisms tested [6]. The scientists concluded that the high concentrations of multi-resistant bacteria in the air within 150 metres of an animal factory could pose a potential human health effect for those who work within, or live in close proximity to, these facilities’ [6] – indeed cattle farmers in Denmark and the UK are 20 times more likely to carry MSRA than an average member of the public [1].

Further studies have also revealed that motorists and those living near the roads used for transporting intensively farmed chickens and pigs to slaughter are at significantly greater risk of exposure to these airborne pathogens and antibiotic-resistant bacteria [7]. It is not just those in close proximity to animal factories that are at risk of direct infection. A US study reported last year that flies spread antibiotic resistant organisms from animal factories to nearby dwellings[8].

A recent study conducted in the U.S. [9] found that there was a lower prevalence of antibiotic-resistant Salmonella on large scale conventional poultry farms that had transitioned to organic practices. Indeed the differences were dramatic, with newly converted organic farms registering an 11% concentration of resistant strains, compared to 69% on intensive indoor units in which antibiotics are used constantly as a growth promoter. Another recent study into antibiotic use in the swine industry recommends that all non-necessary antibiotic (antibiotics are used as growth supplements) be discontinued immediately to avoid compromising human medical treatment [10]. The answer therefore, is a shift away from the animal factories that breed antibiotic resistant bacteria, towards  methods of farming that do not operate in ways  that make routine antibiotic use a necessity such as outdoor, free range, or organic systems in which the pigs hardly ever need antibiotics because they are healthy and content.

[5] CIWF (2013) Antibiotic resistance – the impact of intensive farming on human health: A report for the Alliance to Save Our Antibiotics (https://www.ciwf.org.uk/media/3758854/Antibiotics-Alliance-briefing-10-March-2013.pdf) 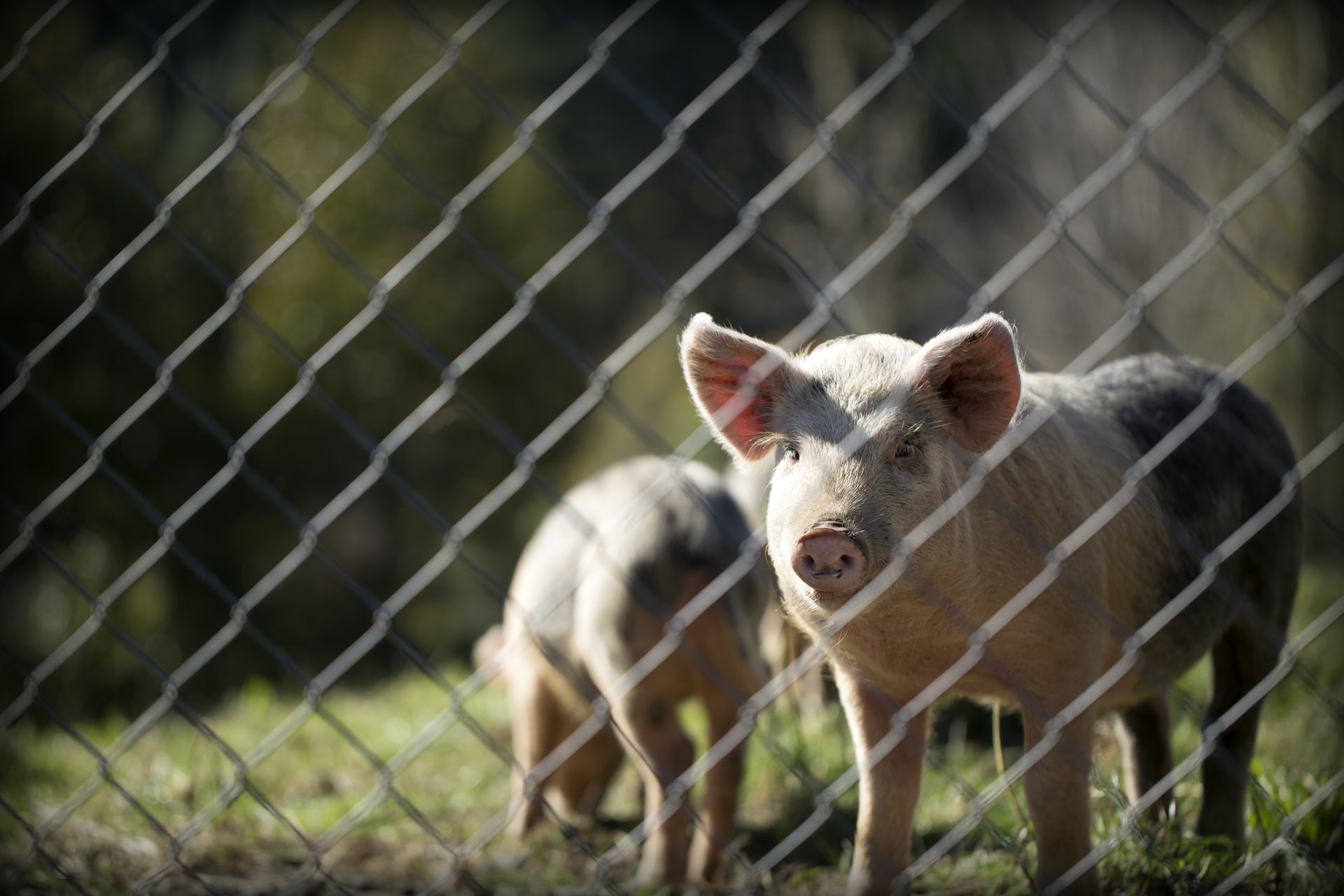 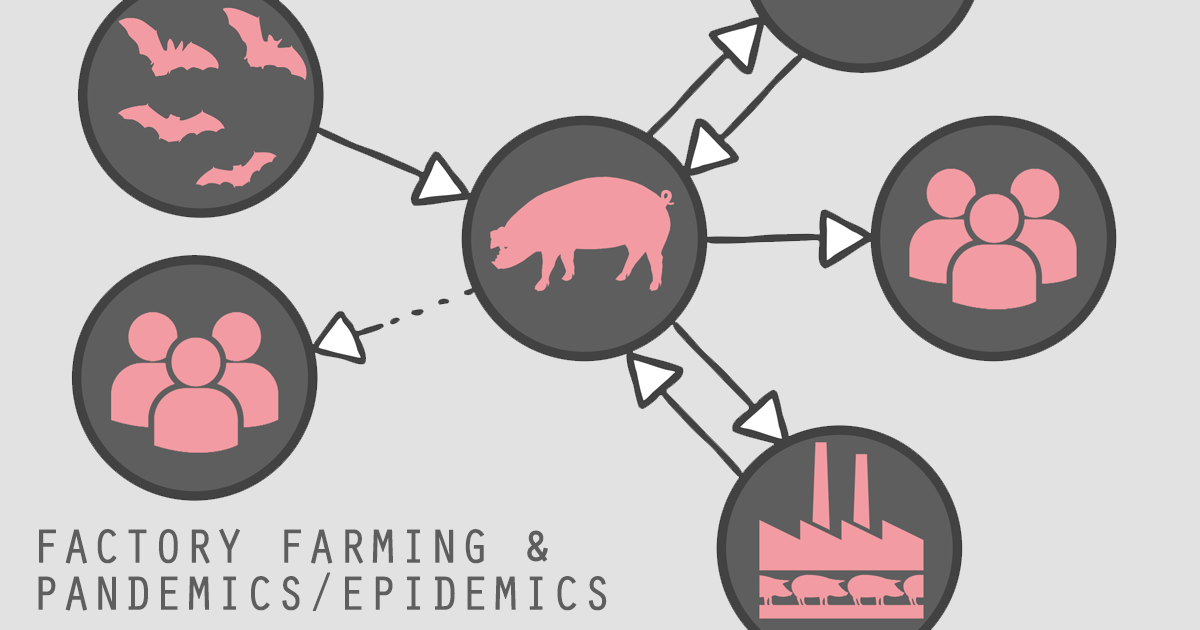