Will Politicians Betray our Farmers? • Farms Not Factories

On Wednesday 10 June, the House of Lords debated the second reading of the Agriculture Bill. Here are the transcripts of speeches given by the 42 members present. I was thrilled to hear that 38 of the 42 Lords speaking were in favour of Neil Parish’s amendments to the bill that would prevent the importation of food produced to lower standards of food, animal welfare and environment than those allowed in the UK. However, that excitement was soon deflated when a friend in the House of Lords explained why he will vote against the amendment.

“Don’t be deceived by the 38 of 42 lords who supported the Parish amendment. There are another 700 who have remained silent. Most will vote on party lines (Tories are against the amendment and labour pro), and few will go to the wall for it. This is a classic debate between those who support the landowners, and those in favour of the poor consumer: just like the Corn Laws, which split the party in the 1840’s and put the Tories out of office for 30 years. Protectionism versus free trade… Whose side are you on? I know where I stand.”

In case it isn’t obvious, he thinks the consumer will benefit from cheap food imports. However, they are only cheap because they are produced to lower standards – do any consumers want food deemed unsafe to eat by scientists and doctors across the EU?

For resilience in times of shock, it is time politicians took food out of the global trading arena altogether so that food production and consumption across the world can stay as local as possible. Countries should only import food products they cannot produce themselves, while paying a fair price to producers to sustain high farm standards.

Please lobby our politicians to protect our precious farmers from unfair competition from lower standard imports. You can write to your MP (this is a link to a prototype that you can edit to make your own) and/or to members of the House of Lords. Use this link to suss how to address a member of the House of Lords and can find their names here. For their email address, put their surname and then initial @ parliament.uk (e.g. worcestert@parliament.uk). We will keep you informed with more details in the weeks to come.

See this article by free-trade zealot and Conservative MP Owen Paterson, with responses by Tracy Worcester. If and when you get a response from your MP, please send it to us and we are happy to help with a response.

We will continue to update you with regards to the state of America’s meat packing supply chain shocks following COVID. This article lays the foundation of why we must make drastic changes to adapt following the pandemic. In particular the method of euthanization of pigs (abhorrent suffocation from ceasing ventilation) due to supply chain failures in America has been stopped after significant pressure from direct action activists. A small win. However the system is still in place that meant that pigs are still being euthanised. Sonja Eayrs, rural attorney in Minneapolis, family lawyer and farmer, sent these two articles to show the horrendous state of pig factory farming in the US.

Thankfully, at present many of our smaller high welfare farmers continue to be in high demand. Peter Greig at Pipers Farm rears free-range Saddleback pigs. He says while little has changed on the day to day running of the farm, more people seeking out alternatives to industrially produced food is a silver lining. He says that buying healthy, sustainable, high welfare meat straight from farms keeps the supply chain short and provides a customer, farmer relationship.

Ben White keeps organic pigs at Coombe Farm Organic. Since lockdown they’ve been overwhelmed by orders from new customers, and because they allow pigs to grow slowly and reach full maturity, they are struggling to keep up with demand. Ben says he’s fortunate to be selling more produce and talking about his organic message to a wider audience. 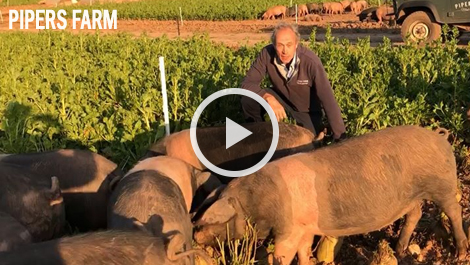 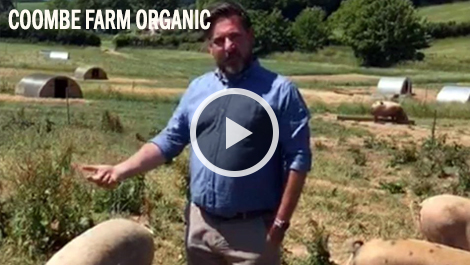