Julius Roberts, social media celebrity, chef, farmer and gardener, stars in the latest video in our Rooting for Real Farms‘ series. On his farm in the lovely Dorset countryside he practises regenerative agriculture to restore soils and biodiversity and keeps slow grown, rare breed Mangalitza pigs. “My pigs live in woodland and the breed is half wild boar which is slower growing, the longer an animal is grown the better it tastes. The pigs are much stronger and healthier and don’t need antibiotics like factory farmed pigs.”

Julius’ fascination for food was inspired by his grandmother who kept a faithful record of housekeeping details such as recipes, produce from the garden and from foraging the hedgerows, and game from the neighbouring woods. Some of her traditional English dishes, based on animal parts that are unfashionable now, included fried lamb’s liver in butter and cumin and ox tongue in caper sauce, in an age when meat was scarcer than it is now and nose to tail cooking was normal.

“Half of the animals that are killed for human consumption end up in the bin or used for dog food. We should be eating the whole animal – pig’s tails, livers, all of the grizzly bits. Not only is it healthy and delicious but it’s a way of showing respect.”

After studying sculpture in Brighton for a while, Julius took a job in a café in Shepherds Bush where, because chefs kept leaving after short spells, he found himself employed in front of the kitchen stove instead of the sink, and then, by a stroke of fortune, was offered a job in Noble Rot, a posh new restaurant in Bloomsbury.

Although he was way out of his depth, Noble Rot opened up a new world of culinary richness and complexity. Always a few steps behind, struggling to catch up with the pace of the work, he learnt to deal with stress, to work in a team whose members were totally dependent on each other, to have no time for friends and to live a life on the edge, fuelled by Fernet-Branca and Lucozade.

At Noble Rot he was struck by how much the chefs respected and admired the producers of the meat and vegetables they used in the recipes, the tanned, bright-eyed people who brought the produce direct from farms with the highest animal welfare and rich, well-nourished soils.

After leaving Noble Rot, Julius went on the road to be on his own and see what was going to happen next. He found himself in Florence at a small family restaurant where there’s a bottle of wine on the table before you sit down and after a meal of fried courgette leaves, rabbit and sage, he was joined by the family for Vin Santo and a long discussion about food and drink and where it all starts, on the farm.

That was it, there and then, he decided that what he had to do was to re-connect with the land and the soil, the source of all our sustenance. He spent a year on his family’s land in Suffolk, living on hardly any money, walking alone all day with his dog, foraging, shooting game, living off the land, relishing being free and young and learning how to survive on his own terms, away from the oppression of debt, toxic food and pollution, and free from the envy and greed that fuels this age of corporate feudalism.

The first thing he did as a farmer was to buy four female Mangalitza piglets, Snap, Crackle, Pop and Albie, and to build a rickety fence for them beside a stream under a copse of oak trees. He watched their natural instincts explode into life as they grew, foraging for acorns, playing with the dogs, full of character and mischief, clever, intuitive and sensitive. It woke him up and he realised with a shock how we are conditioned to think of animals as beneath us.

“I wish there was more education in schools. Everyone should have to bring up an animal – it’s enlightening and the only way to really understand the injustice of the disrespectful consumer culture that we’re living in. Animals are just as intelligent as we are in their own way. They form friendships, loyalties and have amazingly individual characters. It’s amazing but terrifying at the same time.”

Now on another farm, Julius is devoting his time to transforming the land from conventional agriculture into a habitat for natural biodiversity, re-wilding, and re-establishing old meadows and hedgerows from satellite images taken 20 years ago before they were destroyed to create larger fields.

He grows most of what he needs, preserves fruit and vegetables, and sells surplus meat. There is a lot of exchange with the neighbours where no cash changes hands, swapping straw for jars of honey, mash from the local brewery for pieces of pork.

“Money’s very poisonous when it comes to people making changes, but I’m hopeful, people buying loose potatoes, choosing something that’s organic. We are the makers of our own destiny and I am hopeful. We’ve got very little time, it’s a knife-edge, and if we don’t make it we don’t deserve to.

His favourite dish for a dinner party? One of his grandmother’s favourites, aged mutton slow-cooked for five hours in plenty of wine and balsamic vinegar with anchovies, rosemary and garlic, served with creamy polenta. “The joy of cooking is the sharing.” 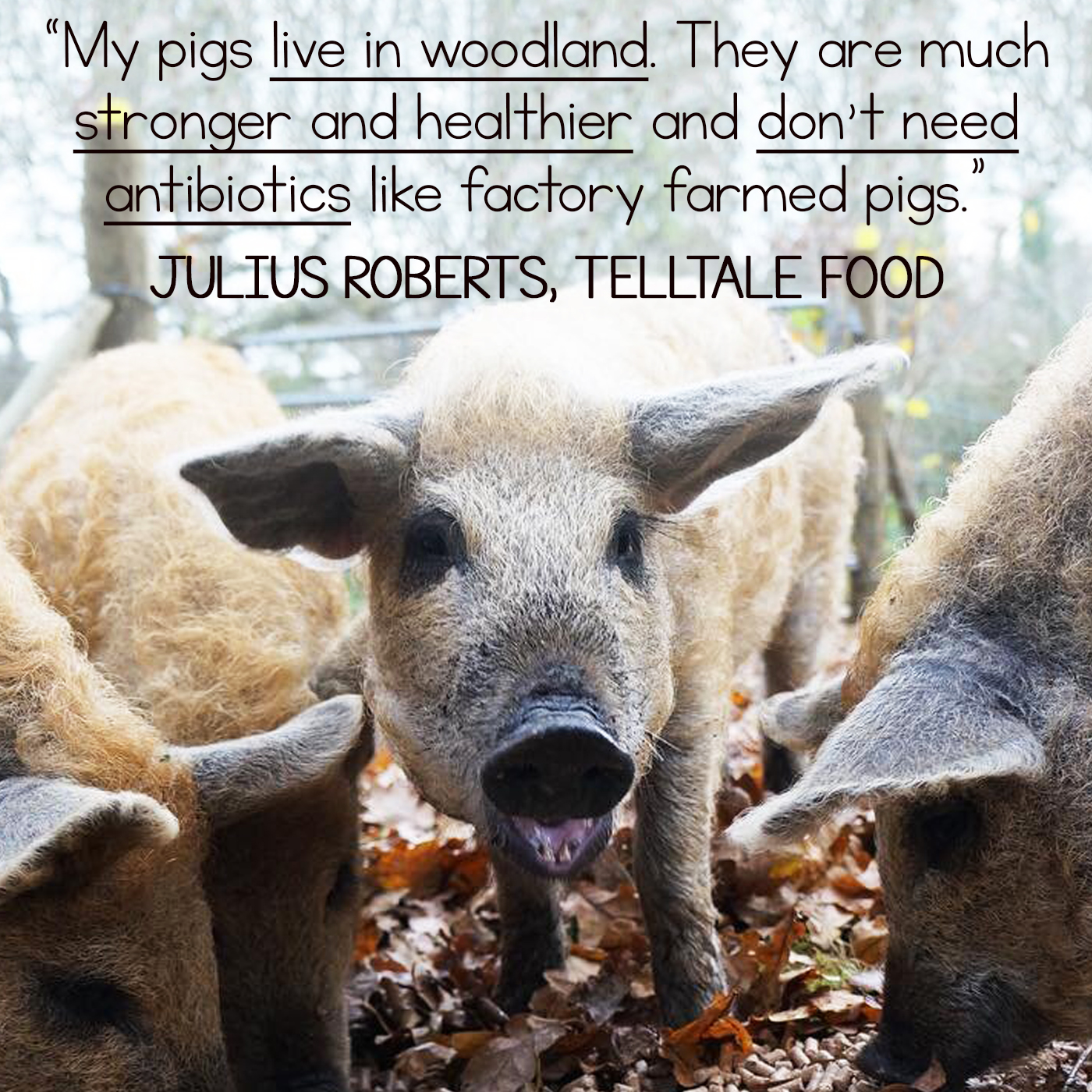 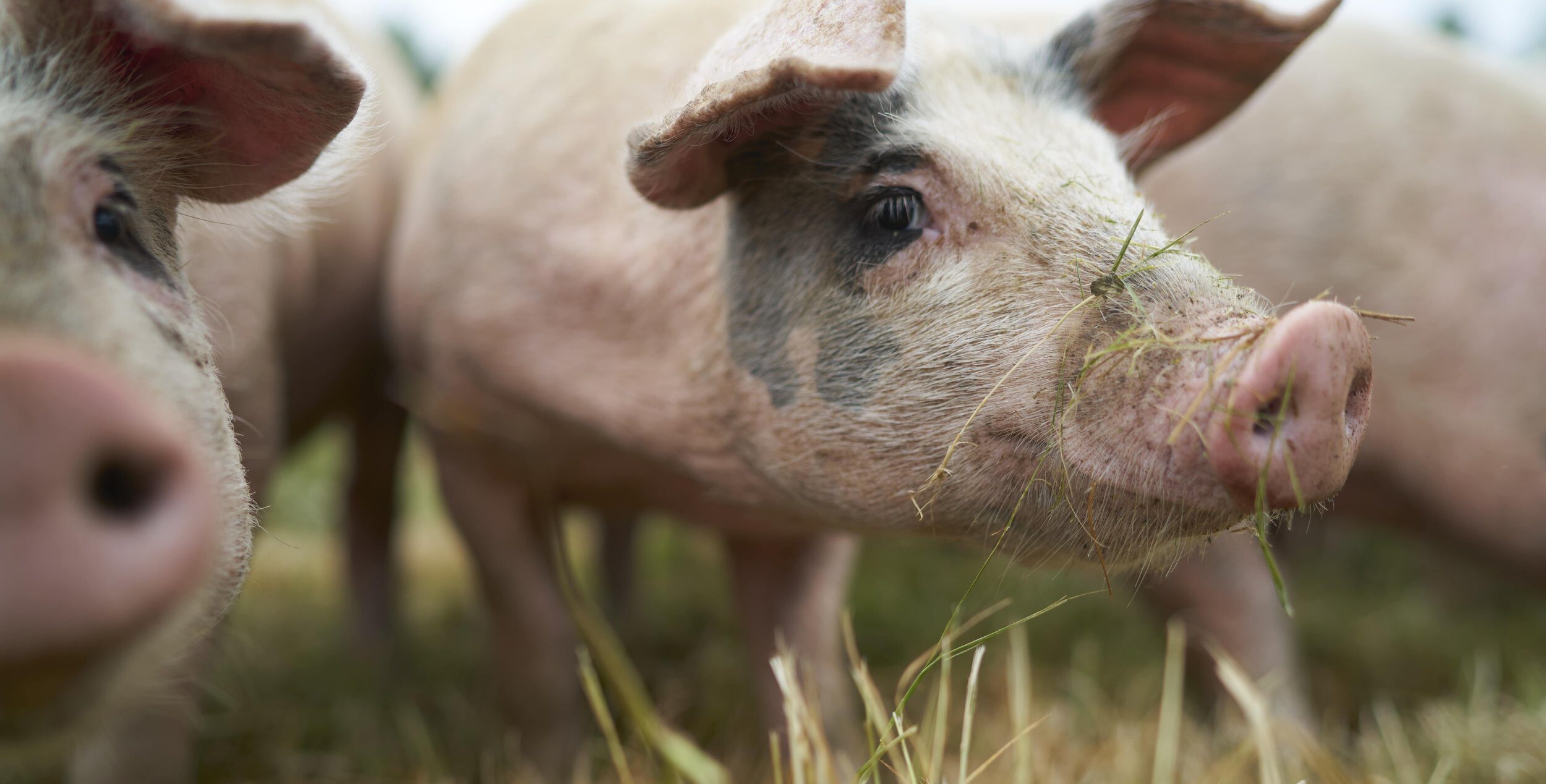 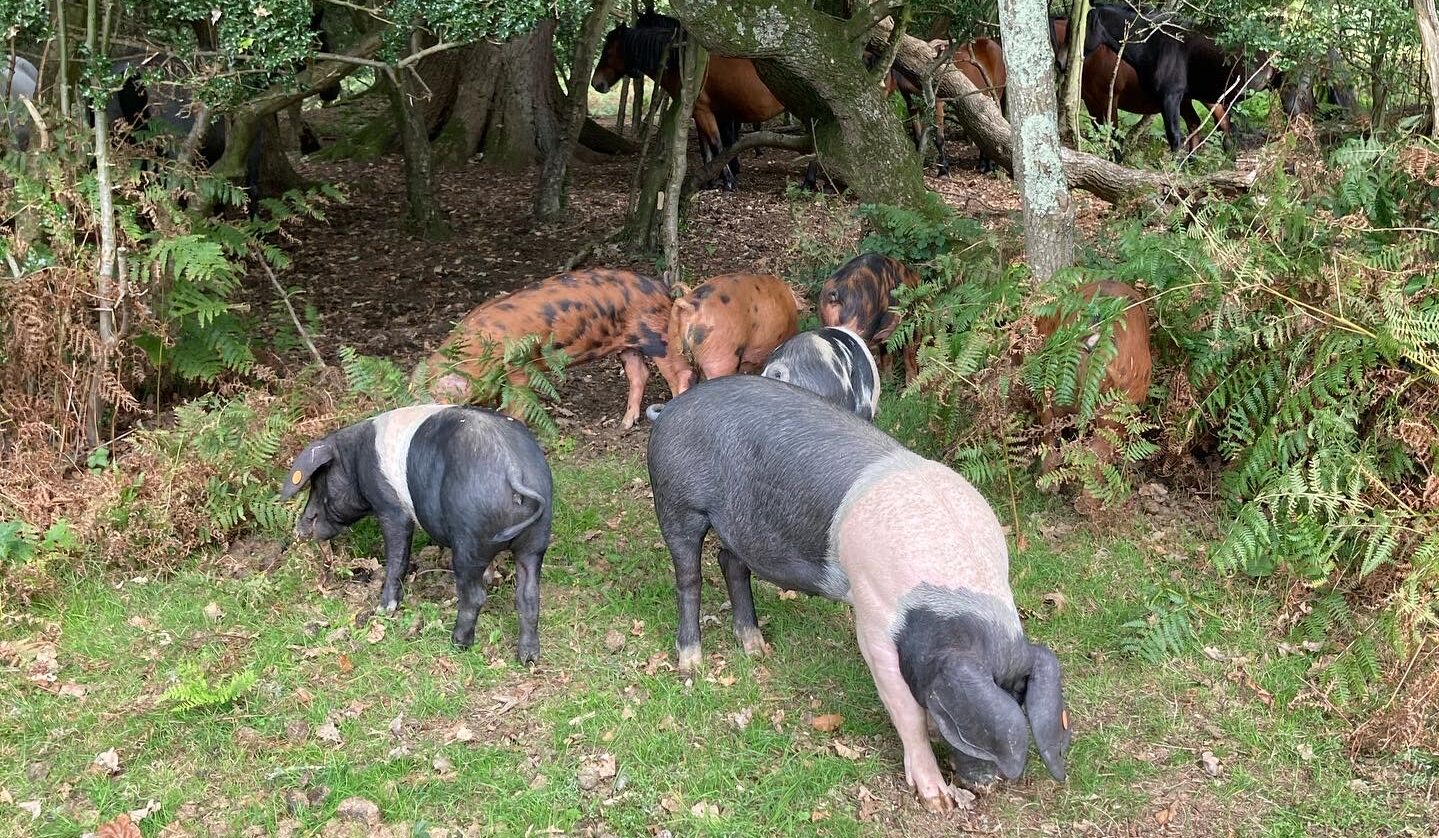