The House of Lords voted on 22 September with a significant majority (307/212) in favour of an amendment to the Agriculture Bill that, in the event of a UK/US trade deal, would ban imports of food that would be illegal to produce in the UK – such as pork dosed with the muscle-builder Ractopamine, beef injected with growth hormones and chicken washed in chlorine. The result is a significant response by the Lords that reflects both their personal values and those of the public in supporting real food and farming in the UK.

Who said what? Baroness Jones of Moulsecoomb, a Green Party peer, said the amendment was essential to protect British farming against “vile” American animal welfare standards. But opposing Tory peer, Baroness Noakes said, “The government’s policy is clear, they are committed to higher food and welfare standards […] We do not need to write into law what the government is committed to.” A suggestion as to how to hold the government accountable to these commitments in the race for a trade deal outside of the EU, was not given by the Baroness. 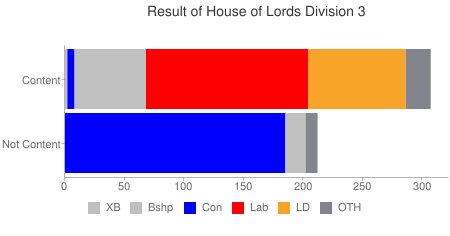 The Agriculture Bill now returns to the House of Commons where, after previous readings, almost all Conservative MPs voted against amendments to protect our farmers by restricting low standard imports, “primarily down to the political sensitivity around trade deals and their links to Brexit”. This vote by the Lords can be overturned by the conservatives due to their vast majority, so we must keep up the pressure by lobbying Conservative MPs.

Which is why we still need signatures to support our campaign; Say No To Trump’s Toxic Trade Deal. We are focusing on high street fast food outlets that have not yet committed to not using substandard American pork. Greggs is one of them. Please sign and share the petition asking Greggs to commit to not using cruelly-raised factory farmed US pork.

David Attenborough’s recent film Extinction; The Facts explains that new pandemic diseases are emerging because industrialised crop monocultures, animal factories and expanding cities have encroached onto the last areas of wilderness where bacteria and viruses that are harmless to wild animals, are deadly to immuno-compromised factory farmed animals – not least the city and factory bound human species!

This 12-story pig factory in China with over 1,000 pigs on each floor, complete with an elevator for transporting pigs between the floors, is being touted as ‘biosecure’. Really? Or is this just the typical ‘big is beautiful and more efficient’ myth? Dr Michael Gregor explains how factory farming makes pandemics more likely.

Farmers are victims, forced to compete in a global market; get big or get out of farming by industrialising, is the status-quo mantra. As a result farming has become cruel, monotonous, polluting and badly paid, with massive external costs paid for in taxes, our health and mass extinction. The average age of traditional farmers in the UK is 62, and young people who want to farm cannot afford to buy or rent land or invest in machinery and livestock. A network of small scale mixed farming systems, abattoirs, processors and retail outlets would boost rural employment, keep money in the local community, be more resilient to shocks and feed more people with less transport costs and fraud. So, trade agreements should be framed to take food and farming out of the global economy, and instead facilitate the re-localisation of real farming – as advocated and voted for by our nature-friendly Lords.