Game of Farms: The Mega-Farms are Coming - Sign the Petition 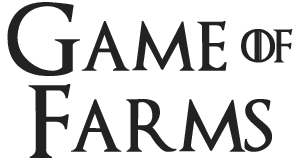 Jerome Flynn (better known as Serr Bronn of the Blackwater) introduces a series of short videos that highlight the impacts of factory farming on animals, people & planet. There has been an alarming 26% rise in intensive US-style factory farms in the UK since 2011. Where many Game of Thrones scenes were filmed in Northern Ireland (a land of “majestic beauty” says Jerome), permissions are currently being sought for 14 new pig factories. Share the videos & sign the petition today!.

A US-style ‘mega-farm’ – the biggest in the UK producing 80,000 pigs per year – is planned to be built in N.Ireland, near where many GoT scenes were filmed. The majestic scenery will be spoilt by corrugated sheds and the spreading of toxic waste will damage the teeming wildlife and threaten human health.

If planning permission is granted for the biggest pig factory in the UK, then 66,000 tonnes of untreated waste will be dumped every year – poisoning rivers, killing fish & ruining local tourism.

A US-style ‘pig factory’, the largest in the UK with 80,000 pigs/year, is seeking planning permission near where Game of Thrones was filmed. Jerome Flynn (who plays Ser Bronn of The Blackwater) says, “these can’t be called farms by any stretch of the imagination”. Mother pigs can be kept in steel cages too narrow for them to turn around for 5 weeks at a time, and growing pigs can be crammed into barren, overcrowded pens.

There is reckless overuse of antibiotics in pig factories in order to keep pigs alive in inhumane, stressful & overcrowded conditions. Medical experts warn that antibiotic resistance from such overuse will make even the most basic operations impossible to perform.

A swathe of huge pig factory applications in the UK are putting people’s health at risk. Pig factories create a toxic brew of allergens, fungi, viruses, bacteria & antibiotic resistant bacteria. Studies have shown that flies can carry bacteria up to 250m from pigs, or from fields where slurry is being spread – affecting local schools, hospitals & residential properties.

In N.Ireland there are plans to replace 26,000 family farms with 6,000 US-style factory farms. Locals were not consulted & opposition has been ignored, while most of the strategy authors stand to gain financially from its implementation. None of the profits will stay in the local economy & people will be left with no ownership or sense of community – just stench & pollution.

A 26% rise in US-style factory farms in the UK has been fuelled by subsidies for electricity generated from animal waste. Investment companies have hijacked these payment schemes for enormous profits, at the detriment to both animals & environment. We need green alternatives to fossil fuels, but exploiting animals is not the answer.

Cheap imports are forcing our farmers to get big or get out. High street chains are pushing down prices to compete. This flawed global system tortures pigs, kills fauna & flora and sucks money out of the local economy.

Use the power of your purse to support the small-scale, local farmers who not only care about the welfare of their animals and the quality of their food, but also the health & biodiversity of the land. The extra cost can be covered by eating less, but better quality meat – as well as adding extra vegetables, beans and whole grains to a well balanced diet.

“I’m grateful for #ExtinctionRebellion, this is a situation that needs to change not now, not in 23 years time”⚠️
“#GretaThunberg is inspiring a revolution among the young”✊