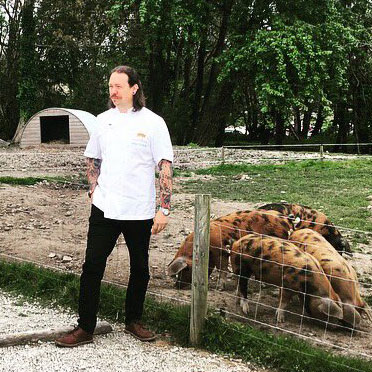 James Golding grew up in Hampshire. When he was just 16 he moved up to London and undertook the Specialised Chef Apprenticeship Course and worked at The Savoy under acclaimed Chef Anton Edelmann for four years. He went on to work at Le Caprice, J Sheekey and Soho House, New York. In 2009, having returned home from the US, he began working as head chef at Whitley Bridge, Hampshire, renamed The Pig Hotel in 2011. He is now Chef Director of all 5 award-winning PIG hotels, famous for their 25-mile (local) menus, growing their own produce and rearing their own livestock.

“Personally I think it’s very important that we’re sourcing all of our pork from farms not factories. If you care about where your pork is produced then it’s just about making that slight change in not buying mass produced pork”.

“These pigs here are fantastic, they are relaxed and enjoying the sunshine. So I would like to say, here at THE PIG, us and our customers turn our noses up to factory farming”. 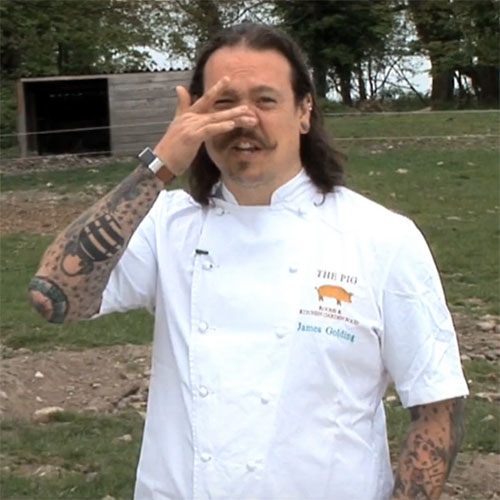 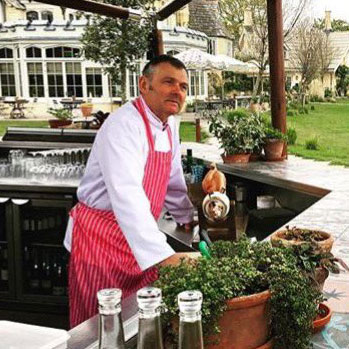 Alan Bartlett is a third generation master butcher at T Bartlett and Sons, New Milton, Hampshire which opened in 1938. His exceptional skills and techniques have been handed down the generations. He sources all of the meat from local farmers and small holdings and cures all the pork produced at the PIG hotels. He works closely with James to create secret curing recipes for their curing company A Pinch of Salt.

“The quality of this [Karma Ham] is just wonderful. Quite frankly, we turn our noses up at foreign charcuterie. It has got to be English, it has got to be local and this is the very best of local. Truly artisan”. 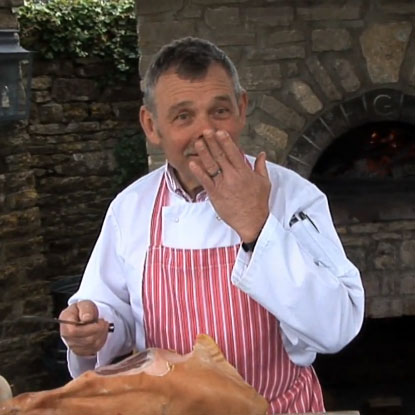