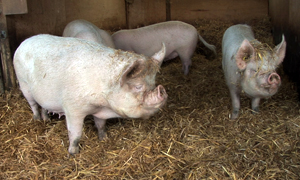 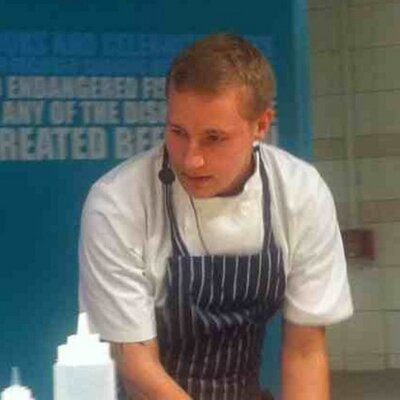 Sean Searley is head chef and butcher at The Quality Chop House, a London based restaurant, butchers and shop that was originally opened in 1869. Sean has described his food as ‘traditionally creative’ and focuses on British products. The restaurant’s meat is sourced mainly from small farms around the UK, and ideally directly from the farmers.

“Happy pigs are ultimately going to create the best tasting pork. The worst option would be industrially raised pigs from farms which, if you went to them, you’d be really disgusted”. 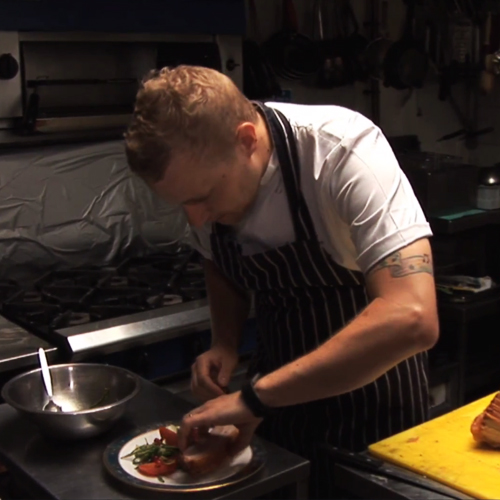 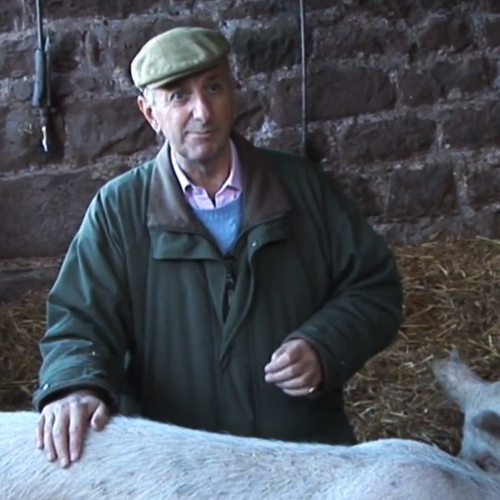 Richard Vaughan and his wife Rosamund are the current owners of Huntsham Farm which has been in the family for nearly four hundred years. Supplying many top chefs as well as individuals, they pride themselves on their high animal welfare standards and the subsequent high quality meat in terms of both taste and texture. Richard raises Middle White pigs, a rare breed following a reduction in popularity due to increased in Danish imported meats

“The Middle White pork is in a league of it’s own. Once you’ve tasted it, you won’t want any other pork. Food is about taste, not cheapness”. 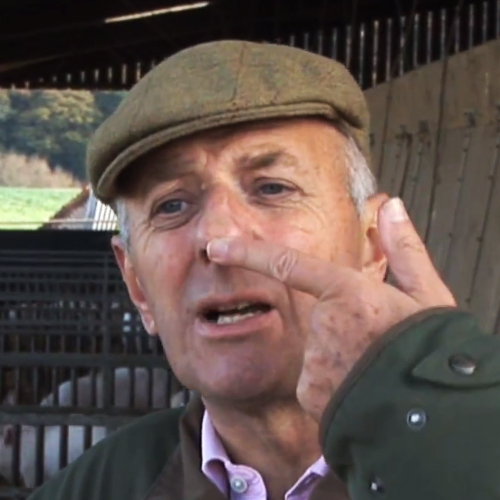