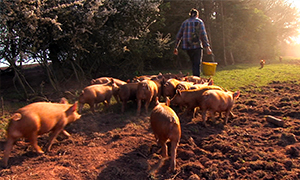 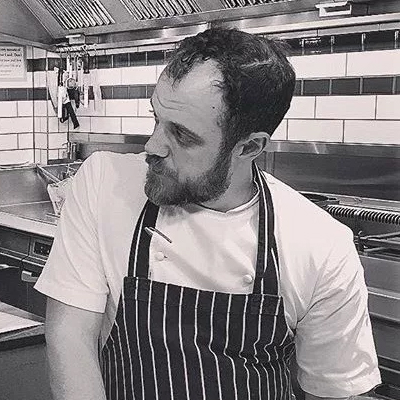 James Knappett is head chef at Bubbledogs and Michelin-starred Kitchen Table in London which he set up with his wife Sandia. James emphasises the use of seasonal and often locally sourced or foraged ingredients which are creatively combined to produce dishes that highlight the essence of each ingredient.

“I think that there is no better way of farming than small scale farming, with a farmer that actually cares about and knows every pig”. 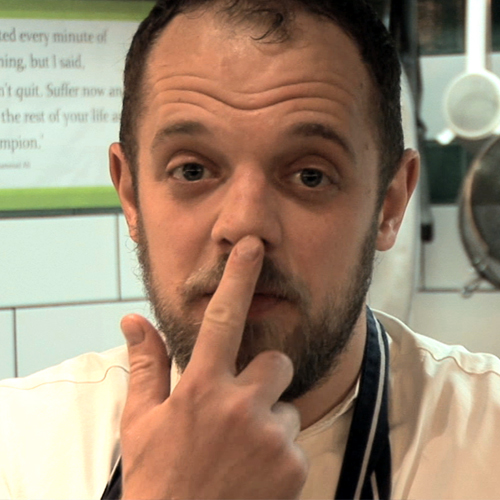 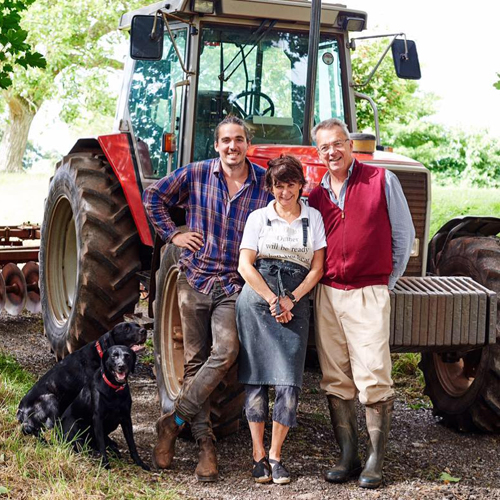 Fred Price is the manager of Gothelney Farm in Somerset, where he uses his passion for innovation to combine historical and cutting-edge agricultural techniques while working alongside the natural environment. The farm mixes arable production with the breeding of Mangalitza and Tamworth pigs. Reared in woodland areas across the farm, the pigs are provided with a rich diets that create high-quality pork for local families, chefs and butchers.

“I personally would eat less meat of a higher quality, because it is totally traceable and you know exactly how it has been farmed and who’s farmed it and I think it is a lot more worthwhile. It is certainly a better way of farming, I’ve found. And much more enjoyable”. 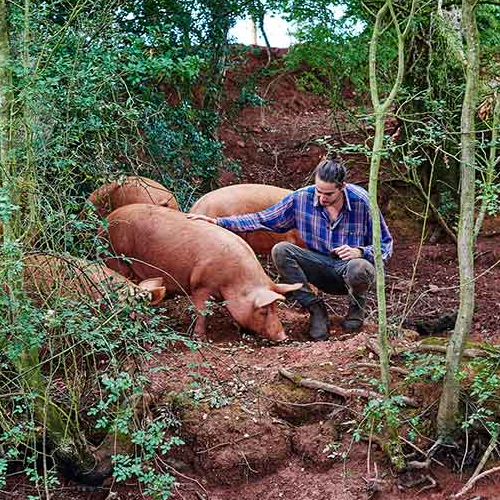