Home / Blog articles / The Corporate Takeover of Our Food System

Until the 1950s most food was produced by small and mid-size family farms in ways that were both environmentally and socially sustainable as well as transparent and traceable. Increasingly however, food production has become the domain of large corporations that use intensive, industrial models to produce food, utilising opaque and complex chains of production that stretch across the globe. Corporations can profit by locating their activities wherever labour is cheap, animal welfare laws are poorly enforced, and environmental protection is weak. Corporations are concerned only with profit margins, and sacrifice the well-being of people, animals and the environment for ‘the bottom line’. 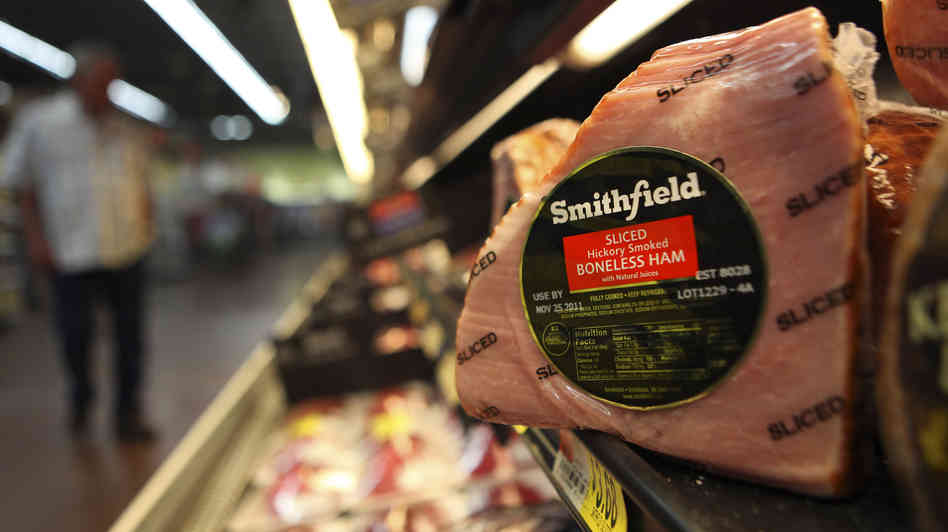 Two companies control roughly 60% of the U.S. seed market for corn and soybeans, essential commodities for animal feed, and just four companies control half of U.S. pork production [2]. A monopolised market is both costly and unhealthy; the concentrated nature of the market means that our access to the food supply, and the price that we pay for it, is dependent on the decisions of a few key actors [4]. In livestock production, a company may be involved with every step of its food production, from contracting farmers to raise the animals, all the way to slaughtering, packaging and delivering to supermarkets.

US giant Smithfield Foods is one such company; it is the world’s largest hog producer and is in control of all aspects of production and processing on a truly industrial, global scale, generating upwards of $11 billion a year [5]. Moving beyond its monopoly in the USA, Smithfield bought low-cost farms and slaughterhouses in Poland and Romania. Given the importance of family farming in both of these countries (accounting for 75% of hog farming in Romania), the growth of Smithfield into these countries, where Smithfield import all of their own pigs and feed, is devastating for local communities [5].

The power of Smithfield Foods should not be underestimated. With a monopoly on hog production, the company is able to lobby governmental bodies, benefit from lenient environmental regulations, and can grow unchecked, buying out hog operations in countries in which they operate [5].

In Romania Smithfield is known for the high volumes of dead pigs that had to be disposed of after an outbreak of swine fever in 2007 caused the death of 67,000 pigs, and for the unbearable stench that overwhelmed the residents of the Romanian town Cenei from decomposing hog carcasses that were left lying in fields for 10 days after dying in a heat wave[5].

The corporate takeover of meat farming does not end at production however, but extends into the gene pool. Previously part of the agricultural commons, livestock genetics can now be patented, meaning that they can be owned and controlled by agribusiness. Due to the now mechanised nature of meat production, a uniform and efficient stock is essential, and agribusiness achieves this by rearing a limited genetic variety of animals. Indeed, ten firms provide over two-thirds of commercial genetic stock for swine [2]. As a result of this, genetic diversity has decreased making livestock more susceptible to threats from disease or changes in climate [6]. 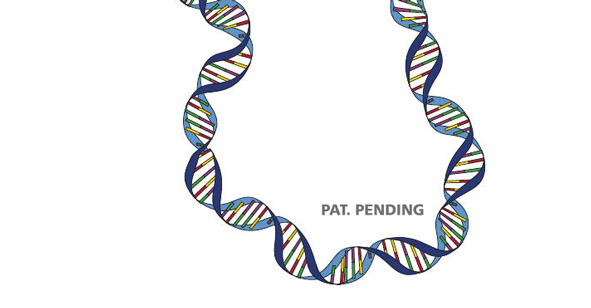 The size of corporations like Smithfield and Monsanto, their hold over the market, and their relationships with financial and governmental institutions, mean that they can dictate how supply chains are run, make decisions that undercut and marginalise smallholders, limit the choices of consumers, and pose public health risks [8]. Government agencies are increasingly ineffective in regulating corporations that lobby politicians and organisations, discredit research that doesn’t conform with their business model and undermine public health policy [8]. For example, the rapid expansion of the production of soy for animal feed, dominated by Cargill, was facilitated by the World Bank which also contributed £460 million to damaging intensive livestock projects worldwide [9].

Many corporations have departments that publicise favourable research and undermine their critics[10]. In 1998, biochemist Arpad Pusztai revealed that in studies he had conducted on GM potatoes, rats who were fed the engineered potatoes developed health problems, including damage to the immune system, as well as abnormal development in the brain, liver, testicles. It transpired that Pusztai’s research had been funded by the UK government in the expectation that he would approve the GM crops that were already on the market, and he was forced out of his job and his reputation smeared for refusing to comply [11].

The argument in favour of agro-industrial giants rests on a single, long-perpetuated myth that without intensive agriculture we would not have enough food to feed the world’s rapidly expanding population. The industrial food chain however operates separately from the world’s 3 billion indigenous producers, who feed 70% of the world’s population in low impact, sustainable ways that conserve biodiversity, nurture soils, do not pollute and are highly efficient. [4]

Markets as they currently function are run by competition and profit, lead to ecological degradation and soil depletion, create a demand for non-food cash crops, and fail to feed the one billion people in the world who are hungry or malnourished.

Although global food markets help feed the world and raise some producers’ incomes, they expose producers and consumers to the risks of price volatility and lower health and environmental standards. If we were to properly price externalities, for example artificial fertilisers, transport, storage and water, the inefficiencies of intensive food production would be plain to see [6]. When externalities such as these are included, the true cost of intensive food production may tip the balance in favour of smallholders with local knowledge who use harmonious practices that keep ecological impact to a minimum [7].

[6] European Commission, 2011, Crisis in the pig-rearing industry: it’s not that there are too many producers, it’s just that there’s too many pigs!

[7] Friends of the Earth, 2014, No Dominion Over Nature http://www.foe.co.uk/sites/default/files/downloads/no-dominion-over-nature-why-treating-ecosystems-machines-will-lead-boom-bust.pdf

[9] Friends of the Earth (2008), What’s feeding out food? The environmental and social impacts of the livestock sector, (http://www.foe.co.uk/sites/default/files/downloads/livestock_impacts.pdf)

[10] Robin, M. (2008) The World According to Monsanto: Pollution, Corruption, and the Control of our Food Supply, The New Press; New York