James Golding, Chef Director at The Pig Hotel chain, believes that for taste and texture in the meat pigs must have a happy, unstressed life, and at the Pig Hotel in Studland, Dorset this means a shady patch of woodland with a view out to sea. ‘I am responsible for these pigs. As a chef, we’re not just kept in the kitchen, we come down here, we check the pigs and we make sure that they are happy and in a good state’. The pigs root around in the field and under the leaves and branches in the wood, walk, play and generally enjoy life. There’s a wet muddy pool to wallow in on hot days, and a hut with ample straw bedding for resting on rainy days and ensuring dry comfortable nights.


‘So for us, the pig being relaxed is the most important part for us and we produce something called a karma ham, and the reason why we produce a Karma ham is because we can only produce it from happy pigs. So the idea that these guys can just relax, you know, that is then transferred onto the meat and onto the quality of the produce’.

Most of this conscientiously reared meat is used by master charcutier Alan Bartlett who uses the whole pig to eliminate waste and produce delicious cured meats from every part of the pig carcass. He says, ‘We cure the whole pig, from nose to tail, we are curing the leg, the loin, for lomo, the belly for our pancetta, we take the shoulder muscle out and we produce coppa and then we mince the trimmings and produce a red wine salami and chorizo. We have thyme from the garden that goes into the salamis, we have the wild garlic at the right time of year that goes into the chorizo, so it’s all a very local operation.’ 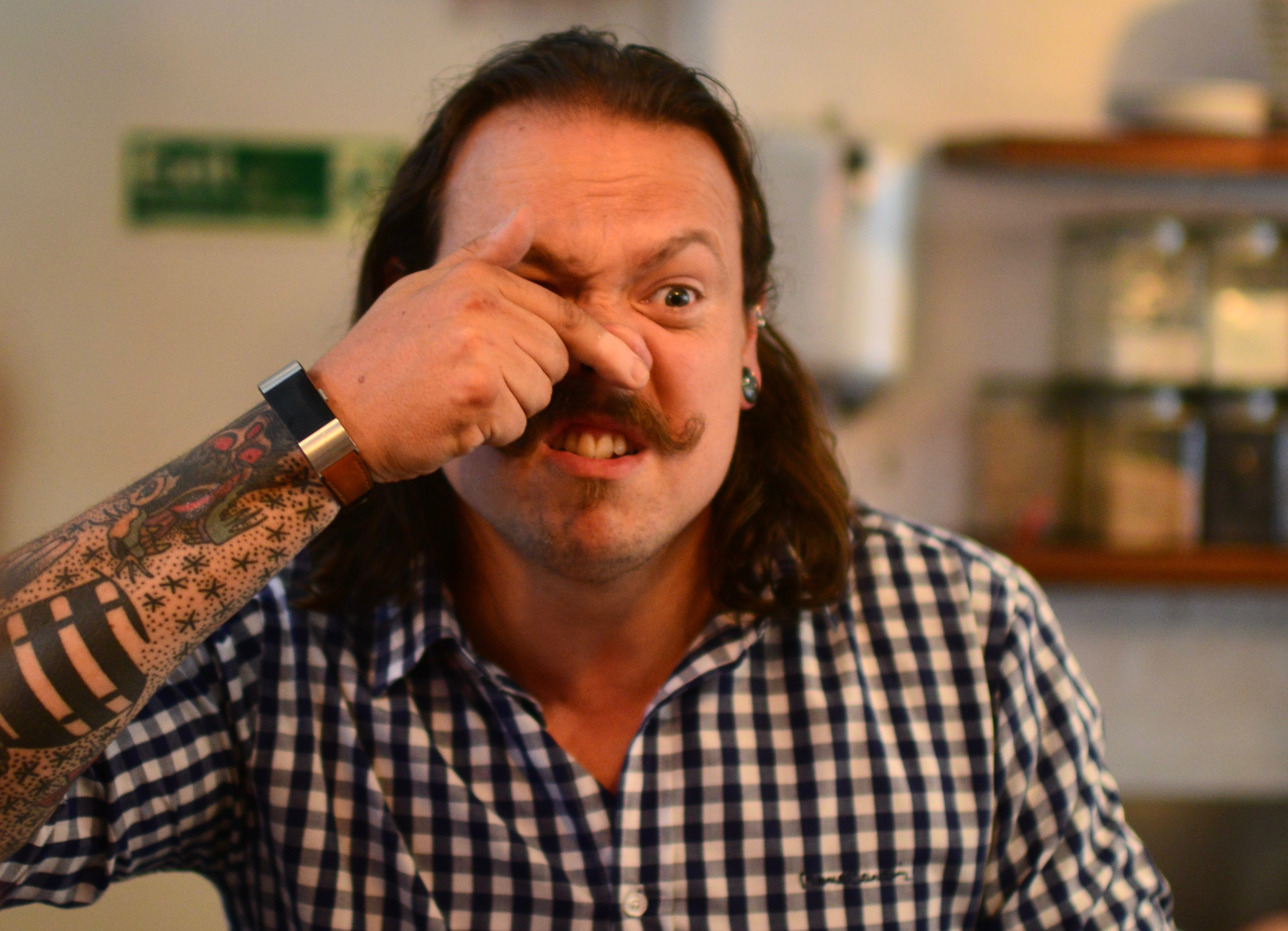 James Golding turning his nose up to factory farming

The concept behind Karma Ham is that the pigs must have lived a natural, healthy and happy life outdoors in the fresh air, feeling the sun on their backs, foraging for grubs and roots in the soil. James says, ‘the more relaxed the pig is, the better the flavour of the pork And I think that’s obvious when you try factory reared pork that the animal is constantly under stress , its constantly wound up and that’s why it doesn’t taste of anything. These guys, they are just chilling out, in the sunshine, on the cliff top, you know you can taste the difference’.

It’s a feeling more and more people are sharing as the real costs of over eating meat become more widely understood, the enormous areas of land required to grow feed, often thousands of miles away in cleared rainforest in S America, obesity, heart disease and cancer, and the terrible suffering of animals confined for weeks on end in barren metal cages in which they cannot turn around. If we are going to eat meat at all, it must have led a life worth living, and been able to behave as closely as possible to how nature intended. 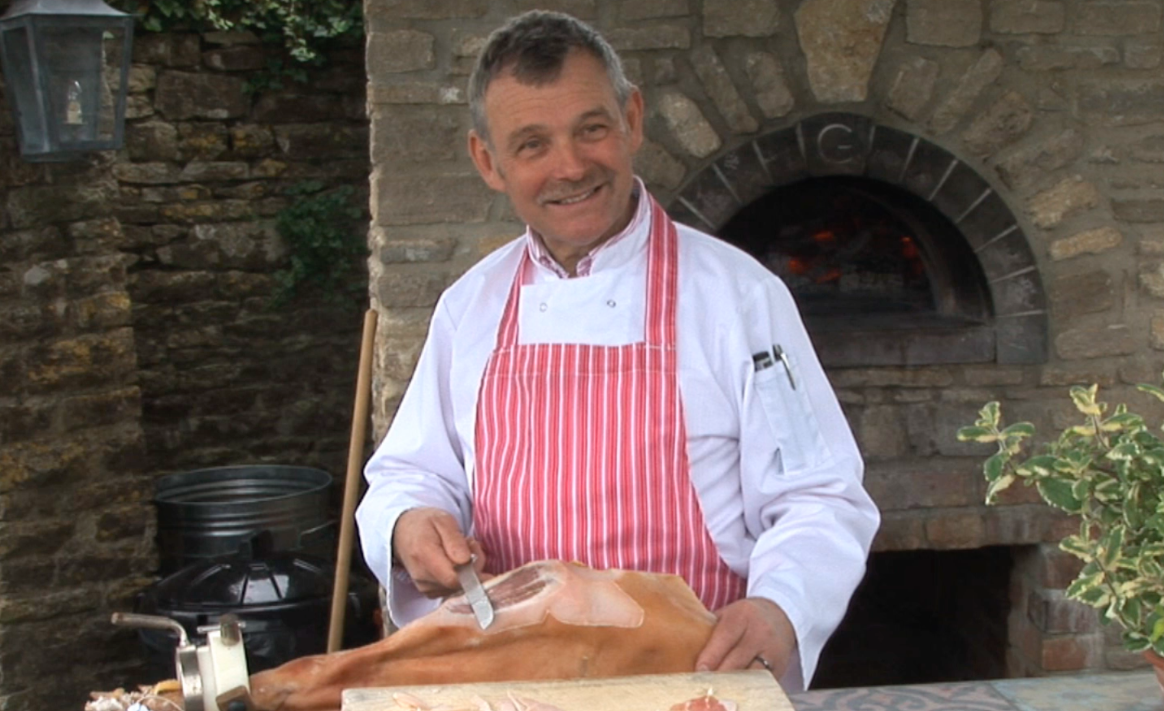 James says, ‘a lot of people these days are eating a lot healthier, and generally speaking if you can eat meat three or four times a week then you are on the right path. I think if you want to eat it seven times a week and you are happy to eat the mass-produced stuff, then you are only going to end up sick at the end of the day.’

Back with the pigs James scatters a mix of pig nuts, vegetable leaves and stalks from the kitchen garden, watching them afterwards settling down to cool off in a damp wallow near the trees. It’s easy to see that this is how all farm animals should be kept, in stark contrast to the noise, stench, dirt and misery in a factory farm.

‘So these guys, you can see how amazing, relaxed and how much they are enjoying being out here, so all I can say is that here at the Pig hotels, us and our customers say no to pork factory farming, because this is how we want our pigs to be and to live.’